Jean Becker has been chief of staff to former President George H. W. Bush since 1994, supervising his office in both Houston and Kennebunkport, Maine, and overseeing the opening of the George Bush Presidential Library Center in 1997. She took a leave of absence in 1999 to edit and research “All the Best, George Bush: My Life in Letters and Other Writings.” Previously, Jean served as deputy press secretary to first lady Barbara Bush from 1989 to 1992 and helped Mrs. Bush with the editing and research for her books “Barbara Bush, A Memoir” and “Reflections.” A former journalist, she is also a member of the J. William Fulbright Foreign Scholarship Board and the C-Change Cancer Board, and an ad hoc member of the advisory boards of The George Bush Presidential Library and The George Bush School of Government and Public Service. 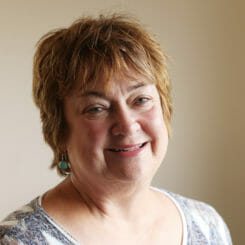