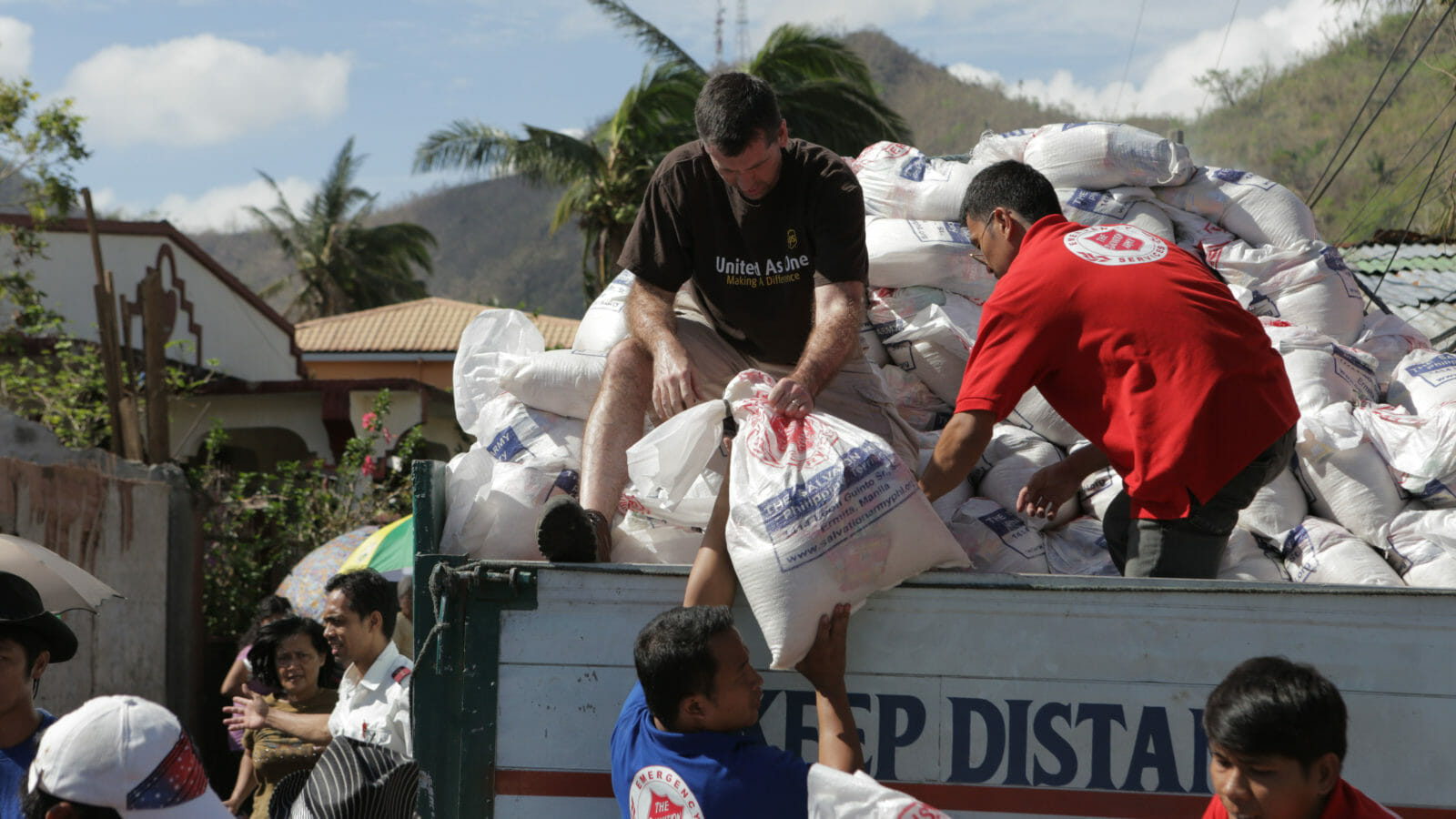 When I started at UPS, the plan was just to pay the bills during college and move on. More than three decades later, I’m still here — why?

It comes down to service. My parents worked for the Salvation Army their entire adult lives, so I grew up seeing service in action.

I saw the same commitment when I walked through the doors at UPS. I still remember my first training class as a young supervisor when the instructor told us quite simply: UPSers serve. Service is in our name. We serve customers, each other, shareowners and the community. I love that concept.

The instructor on that fateful day challenged us as leaders to make our decisions through the lens of service. I was hooked. All these years later, against the backdrop of National Volunteer Week, it’s a good time to take stock of volunteering and why it’s so fruitful for so many people.

In 2014, speaking at the Points of Light Conference, UPS CEO David Abney announced the company’s commitment to achieve 20 million volunteer hours by the end of 2020.  As he said, the starting point for giving back starts within. When you find something you’re passionate about, giving time, sharing knowledge and offering financial support come naturally.

For me, the path was clear. My 32 years of developing logistics expertise and my passion for helping those in need were accelerators for giving back. I’m now part of an early-response Salvation Army team that goes to large-scale international disasters. Usually, we’re on the ground in the first couple of days after an event.

During the past nine years, I’ve deployed to Haiti, the Philippines, Vanuatu, the U.S. Virgin Islands and Puerto Rico. In each case, my role is to build a supply chain to deliver urgent aid to those in desperate need.

All disasters are different, but for me, they all have one common thread: We maximize our impact when we’re truly connected.

For example, after the earthquake in 2010 in Haiti, the Salvation Army cared for 15,000 displaced people living in a soccer stadium. They had more than 100 local volunteers, five trucks and an international team of disaster response experts, but they needed aid from outside the country as well.

UPS had never landed in Port Au Prince and needed landing rights, custom processes and a partner who could effectively distribute aid to people in need. I was blessed to be in the right place at the right time. From the ground in Port Au Prince, I could organize the inbound processes, set up local trucking and engage the 82nd Airborne to help us deliver support.

In Vanuatu, after the devastation brought by Cyclone Pam, a community in a remote island village perched on the side of a mountain needed PVC, plumbing connectors and hardware. The need here wasn’t for big jets — it was about connecting different networks.

UPS provided funding for a series of small charter flights from Vanuatu’s capital city to the island every day to provide enough water every 24 hours. The Salvation Army funded barge space to move the pipe. The French military supplied helicopter lift from the barge up the mountain. The local villagers rebuilt their own water supply system.

This was the power of connectivity at work.

More opportunities to give back

Most recently, in response to Cyclone Idai’s devastation in East Africa, UPS and The UPS Foundation worked with nonprofit organizations to rush relief in by land, sea and air.

As the region rebounds, the need for support will continue. The work in all these countries shares the same common theme. It’s all about connecting people and networks. No single person can get these large-scale results. But working together, each person brings their own experience and expertise, ultimately creating a domino effect that produces life-changing solutions.

In 2018, UPS and The UPS Foundation responded to 29 major world disasters. Relief spanned 71 countries across continents around the globe. Beyond these headline stories are the stories of people in need. Some of them are in your neighborhood. Some are complete strangers. Either way, the opportunities to give back are endless.

As we celebrate National Volunteer Week, I’ll challenge you like my UPS instructor challenged me more than 30 years ago: Go serve.

Craig Arnold is vice president of sales for UPS. Since 2010, he has deployed as a front-line responder into disaster sites to help coordinate relief logistics after cyclones, hurricanes and earthquakes around the globe.

This story originally appeared on UPS Longitudes and was reposted by permission.