During National Volunteer Week, we celebrate the impact of volunteer service in our communities, and recognize extraordinary individuals who are at the center of social change – like Daily Point of Light Award honoree Ina Bhoopalam. Read her story and nominate an outstanding volunteer or family as a Daily Point of Light. 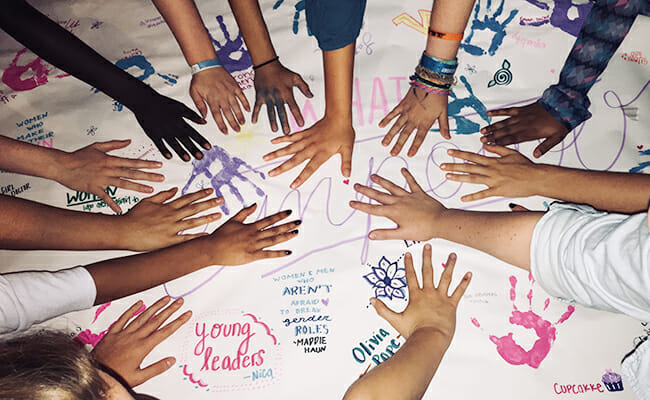 As a freshman in high school, Ina Bhoopalam found herself the target of bullying – simply because she was involved in, and excelling at, the same academic activities as her male classmates.

“People thought I shouldn’t be succeeding because I was a girl,” Ina said. The comments even spread to social media. “It didn’t make me feel good.”

Luckily for Ina, she had a support network of family and friends on which to lean on. When Ina’s dad told her that many girls don’t have that kind of support, she wanted to do something about it – and had the idea to start a program to address bullying, gender issues and building confidence in young girls in her own community.

“I had been through so much. I had people to help me through it. Some people don’t have that,” she said. “I wanted to do something to make a difference.”

In doing her research she came across an article about how, by the age of five, girls begin to think they’re less than boys. So, together with a group of friends, Ina created Like A Girl LPS – a curriculum developed to address the needs of elementary and middle school girls.

She created a pilot after-school program at Maxey Elementary School, in her community of Lincoln, Nebraska. On the first day it started with two girls and on the second day, the workshop had 10 girls and kept on growing. 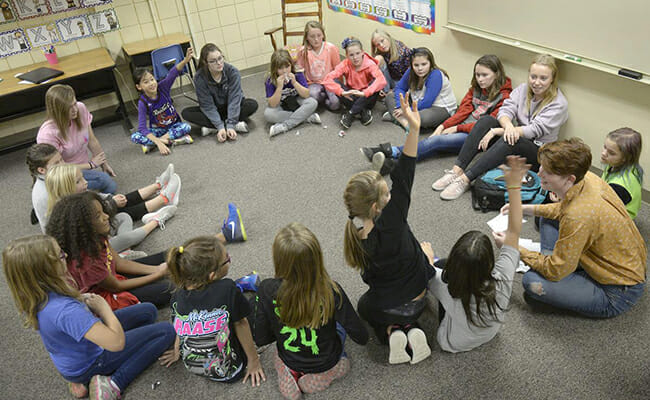 “I want the girls to leave the program empowered, feeling like they can accomplish anything they want,” said Ina, now 17. “All girls are capable of doing anything they set their mind to. They should be empowered to dream and achieve what matters to them.”

Now, Ina has approval to expand the Like A Girl program, led entirely by youth volunteers, to 11 elementary schools, two middle schools and six high schools. In addition, the Like A Girl initiative is being offered through an after-school program at the Salvation Army.

Currently, Ina is working to register Like A Girl as a nonprofit and she would like to expand the program’s reach to all 40 Lincoln public schools, throughout Nebraska and into other states.

Ina hopes that Like A Girl will ensure no other girls have to face the same situation she went through. It wasn’t long ago that she experienced gender-based bullying herself, but starting Like A Girl has given her even more confidence.

“I have a purpose in what I am doing,” she said.