Lindsey Kirksey’s childhood home was in such bad shape, two of the rooms were separating. But the Korean War veteran in his early 80s couldn’t afford to do anything about it. He needed help. 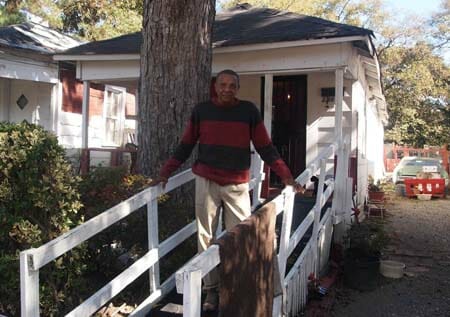 Korean War vet Lindsey Kirksey stands in front of his house before its renovation.

Volunteers from the Exelis Action Corps came together to repair his four-room Montgomery, Alabama, house.

For decades, veterans and military service members of all ages have faced unique challenges. And there is growing concern in particular for the one million veterans transitioning out of the military between 2013 and 2018.

The volunteers from Exelis Action Corps, the signature volunteer service program of aerospace and defense company Exelis, have been on the front lines.

They’re lending their time and expertise – whether it’s providing career coaching to a new veteran, sprucing up a veterans support center or working with military families overcoming the challenges of military life, such as frequent relocation or deployments. 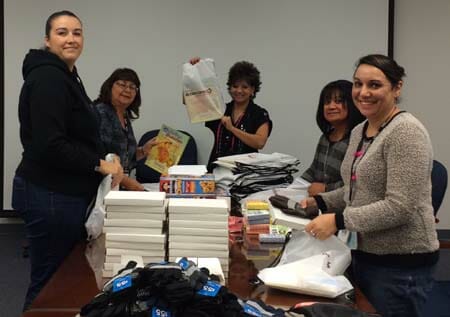 Across the country, the young program – launched in October 2012 through a partnership with Points of Light – has already engaged 4,374 volunteers and completed 317 projects, serving thousands of veterans, service members and their families.

“We are proud of what the Exelis Action Corps has accomplished, but it’s not just about the numbers,” said David Albritton, vice president and chief communications officer at Exelis. “It’s about the difference we are making in the lives of those who served and the families who sacrificed for us.”

For many Exelis Action Corps volunteers, it’s personal. As a veteran and volunteer, Erica Jeffries is clear on what matters: “To do good for others – it’s our purpose in life."

Jeffries recalls one of her most gratifying volunteer moments with Exelis Action Corps came through Final Salute, an organization that provides housing to homeless female veterans in the Washington, D.C., area. The volunteers worked on landscaping, painting and otherwise making the house a comfortable living environment.

“The experience working with Final Salute was powerful because we knew we were preparing a home for veterans and their families,” Jeffries said.

As another Exelis Action Corps member pointed out: A wonderful feeling comes from “seeing the appreciation on the vet’s face. All that matters is making their day a little brighter.”