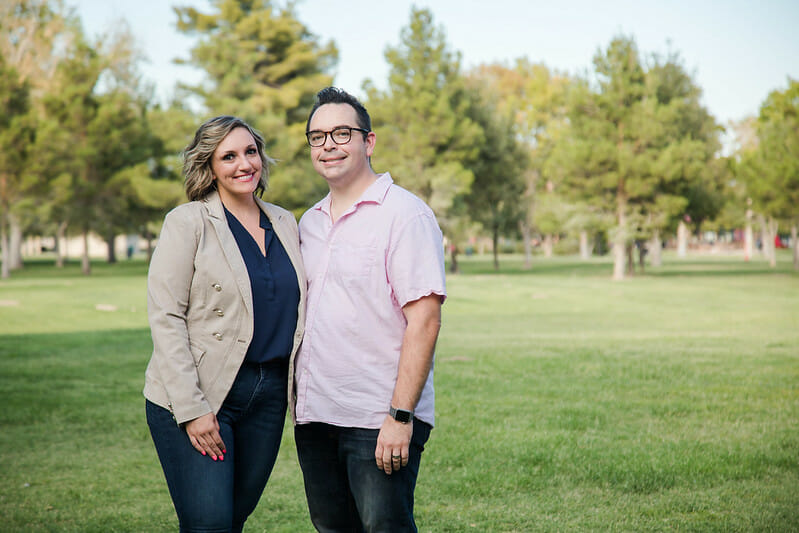 During her time in the legislature, Nicole has been a passionate advocate for our state’s most vulnerable communities, sponsoring legislation to protect senior citizens from elder abuse, crack down on domestic violence offenders and eliminate barriers for disabled veterans to obtain medical treatment. She also took the lead on legislation to increase access to mental health services through mobile mental health units and provided more workplace protections for pregnant women. She has also been a champion for Nevada public schools, passing the two largest education budgets in state history in both her sessions as Majority Leader of the Nevada Senate.

Nicole was born and raised in Las Vegas. A lifelong Nevadan, she is a product of Nevada’s public K-12 and higher education systems. She earned a Bachelor’s in Business Administration from the University of Nevada, Reno and, following college, she earned her law degree from the UNLV Boyd School of Law. Upon graduation, Nicole began her legal career in private practice with a focus on civil litigation. Nicole ultimately decided to pursue public service, and she joined the Clark County District Attorney’s Office in 2011. Currently, Nicole works as a Chief Deputy District Attorney in the gang unit. Nicole is married to her husband, Nathan, and they welcomed their first son this summer.

What inspired you to run for office and be a public servant?

For me, running for office is about supporting the community around you. Growing up, my parents worked as a bartender and a waitress. They moved to Nevada because there were opportunities for jobs. Not having a high school education, they worked hard every day to make sure my sisters and I had everything we needed.

When I was in elementary school, my mom used to work at a lunch cafe downtown and, from time to time, my dad would have to pick me up from school and drop me off at her workplace until she finished the shift. My parents worked opposite shifts to ensure someone was always home with the kids and someone was always working. The cafe was about a block away from the courthouse downtown. Naturally, the seats were filled with lawyers having lunch with colleagues. I saw them and thought lawyers seemed so cool, wearing suits, carrying briefcases and discussing important topics. From an early age, I told my mom I wanted to be a lawyer. That was a lofty goal in my family, but my mom told me if I worked hard and went to school, I could be a lawyer. I was fortunate to get a good education from teachers who cared about my education. They pushed me and challenged me. I earned a state scholarship to attend college, a scholarship the Nevada Legislature actually created.

I graduated from the University of Nevada, Reno and went on to attend law school at the University of Nevada, Las Vegas William S. Boys School of Law. I now work as a prosecutor in the District Attorney’s Office, just across the street from what was once a little lunch cafe filled with lawyers. This community gave me the opportunities to succeed, without which, I would not be where I am today.

As someone who benefitted from the community around me, I found myself engaged by the very issues that were so instrumental to my own experience; things like giving students a quality education, ensuring good paying jobs exist here and supporting working families. I became interested in how those decisions were being made at the state level, and eventually, decided to run for legislative office in hopes of working on those issues. If I wanted to make sure our state was investing in the same kinds of opportunities that afforded me the ability to succeed, then my voice needed to be at the table. What inspired me to run was my own experience and all of the support this community provided to me. The chance to serve in the legislature allows me to ensure Nevada is still the kind of place where opportunities are possible.

Politics can be polarizing for people. Why do you think public service is an important way to be civically engaged? 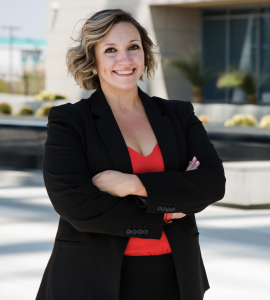 Politics can be a difficult space to feel comfortable because there can be so much disagreement and polarization. But, so many decisions that affect our everyday lives are made in the political and legislative space, and getting engaged in public service is one of the ways to ensure important voices and positions are part of those decisions. It can be easy to walk away from engaging in public service, but I would offer that without opposite viewpoints, we would be homogeneous in how we approach solutions to everyday issues.

I believe there is a healthy space where we can disagree, yet still hear each other out and come up with solutions that consider and address those differing viewpoints. There are so many shared values we have – things like ensuring kids can get a quality education, for example – and if we focus on coming together with those shared values in mind, there is room to have a healthy discussion about those issues without being polarizing. I would encourage anyone thinking of getting involved in public service to not get discouraged by the common notion that everything in politics is polarizing, and instead approach it as a discussion point to hear out all sides of an issue.

You’ve been a part of a number of significant firsts. You’re the first female majority leader in Nevada and the state is the first in the United States to have a majority-female legislature. Why is representation so important?

Being part of the first female majority legislature is not only exciting from a historical context, but also because it has allowed for voices that have traditionally been unrepresented in state legislatures to be at the forefront of decision making. If you walk through the halls of the Nevada Legislature, there are rows of composite pictures from past legislative sessions lining the hallways. Female legislators make up not just a minority of the body, but in many of them, represent a few or a handful of spots.

Now, if you walk the halls of the Nevada Legislative building and you were to randomly stop by an office, the odds of encountering a female legislator are greater than encountering a male legislator. This shift in representation means the voices of those women and their experiences are influencing and impacting policy decisions for the State. When the representation of a body reflects the people in the community, or when a traditionally underrepresented population is now part of the majority, those voices are better able to be heard, considered, and are therefore more impactful.

By example, prior to the female majority, there had been numerous attempts to pass an equal pay bill. Some versions over the years were heard and even voted on, while others were introduced, but never even given a hearing. During those hearings, the discussion often focused on whether equal pay was even an issue worth considering. Once we got a female majority, the conversation shifted from whether it was worth discussing to how we could implement a law that was balanced and purposeful. The conversation changes when more voices are at the table to share their experiences. I find the more we have diverse representation, the more those points of view can impact the policy decisions being made at the legislature.

Being the first can present some challenges. What have been the biggest obstacles you have encountered thus far? How do you overcome them?

Just prior to the 2018 elections, I started to get asked what would happen if we ended up with the first female majority legislature, and whether everything would change or if we would be able to continue to get the business of the State done during the legislative session. People were nervous about whether having a majority of women would mean that traditional topics or the essential business of the state would be set by the wayside. Instead, would we only focus on issues deemed to be “women’s issues”?

I think people were afraid of what and how much would change with a shift in leadership and representation. Any time you are the first of anything, you want to set a good example of what that milestone means. If you are breaking the mold, you also become the building block for the future and a new mold that people will follow, so naturally you want to do a good job and be able to look back at your accomplishments with pride. There’s also quite a bit of added pressure to make sure you are successful.

So, there was a bit of pressure to make sure we had a successful session. In the end, we not only brought women’s issues to the table, like ensuring pregnant women had accommodations in the workplace, but we also managed to pass a state budget, fund education at the highest levels ever seen in the state, invest in renewable energy and create jobs, pass safeguards to reduce healthcare costs and so many other things that we left that session with a lengthy list of accomplishments that were done by the first female majority legislative body.

What advice would you give to someone who is interested in service but doesn’t know where to start?

There are so many opportunities to get involved in public service, not just getting involved in the legislative space, and I would encourage anyone who is interested in public service to start by thinking about the issues they are passionate about. For me, it was education and jobs, and most of those decisions are made at the legislative level, so that was a natural place for me to start. I actually just reached out to a few sitting legislators and their staff and started asking questions. I think that can be a highly effective way to figure out what the best approach may be for you. Wherever those decisions are being made for the things you care about, that’s where you need to be. Don’t be afraid to reach out, ask plenty of questions and jump in.

Service Is a Catalyst: An Interview with Scott Beale

Scott is a lifelong champion for international volunteerism. Currently he is the Associate Director of the Peace Corps leading the agency’s global…