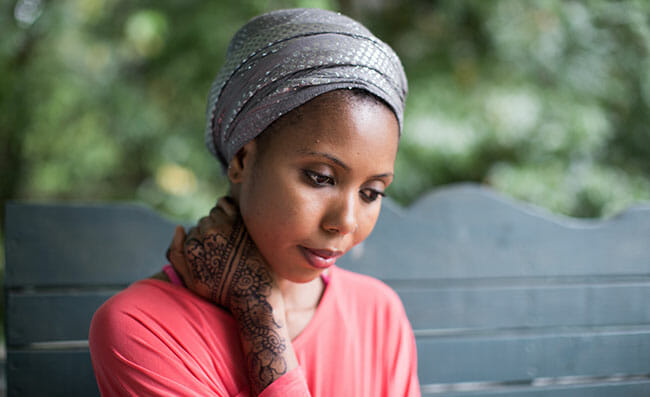 At age 15, Jaha moved from the West African nation of Gambia to the United States for an arranged marriage. Prior to her move, she was forced to undergo the most severe form of female genital mutilation and had to be surgically reopened upon her marriage.

Jaha went on to create Safe Hands for Girls, an Atlanta-based nonprofit that raises awareness of female genital mutilation, or FGM, provides support to survivors and works to put an end to this harmful practice. 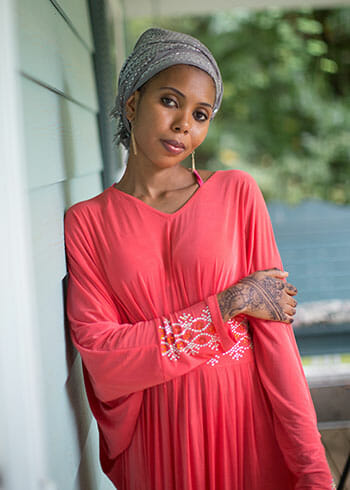 For her extraordinary efforts in the fight against FGM, Jaha received the Daily Point of Light Award and was recognized by L’Oréal Paris and Points of Light as a 2015 Women of Worth honoree. Last fall, due in part to her lobbying efforts, the Gambian government implemented a ban on female genital mutilation.

“Sometimes when a thing is unbearable to imagine, we do the opposite of what we should: we turn away, shielding our hearts and minds in order to preserve our own peace,” writes Peggy Orenstein, in Jaha’s Time 100 profile. “In speaking out against female genital mutilation, Jaha Dukureh has refused to let horror be silenced.”

FGM is often perceived as a problem that only happens in faraway places like Africa. But in the United States, young girls from immigrant communities – from countries where FGM is a cultural or religious coming-of-age ritual – are subject to the practice. Jaha travels the country to speak to communities affected by female genital mutilation. She also presents workshops and seminars at universities to raise awareness about FGM occurring in America.

Safe Hands for Girls supports survivors with legal aid, connects them with referral services and has created support groups for FGM survivors around the country.

“I started Safe Hands for Girls because as a survivor of FGM, I know how hard it was for us and having to deal with alone and I knew I needed to speak up and support other survivors,” she says.

Jaha has been instrumental in awakening public interest in the campaign against FGM in the United States. Her work includes national media outreach and formidable campaign work that preceded the passage of the Girls’ Protection Act of 2010, sponsored by U.S. Rep. Joseph Crowley of New York. She also launched a petition on Change.org calling for the Obama administration to develop a strategic plan to end FGM, which gained more than 221,000 supporters and resulted in the President announcing that he will commission a report to study the issue.

Meanwhile, Jaha’s work has inspired a new generation of survivors who are breaking the cycle from mother to daughter. She now trains other survivors to be advisers in their own communities.

“Women’s empowerment is allowing women to enjoy their God-given rights to sexuality, health and freedom,” she says. “We were born free and perfect.”

If you are interested in helping Jaha Dukureh put a stop to FGM, visit SafeHandsForGirls.org to find out how you can get involved. Know an inspiring woman who is creating change in her community? Nominate her to be one of this year’s Women of Worth.