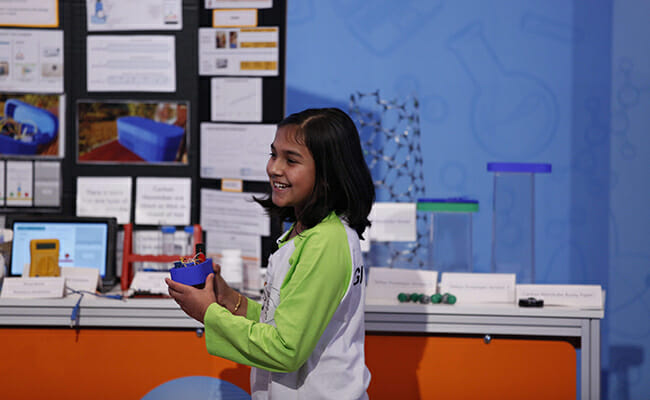 Gitanjali Rao, a current seventh grader at STEM School Highlands Ranch in Denver, Colorado, was appalled after learning about the Flint Water Crisis, where dangerous levels of lead in the water affected thousands across Michigan. Upon researching more about the aftermath of the crisis and learning that it still remains a major issue in our nation, she set out to create a nanotube sensor device to equip and empower every household to test their water.

There was nothing that would hinder the dream and determination of this 12- year-old. The goal of Gitanjali’s invention, Tethys, was to make testing water convenient and simple for every family around the globe. After several brainstorm sessions, market analysis and scientific research, Gitanjali reached out to several industry leaders for insight. With the help of Denver Waters Research Lab, she was able to see her vision come to life.

Five versions of Tethys later, Gitanjali’s passion for her invention has not changed. Her discovery is endless with every new experimentation and development phase, and she has the ability to see a new version as an exhilarating challenge instead of a failure.

“Never be afraid to fail no matter what it is you’re doing or creating. It’s just another step to success. Whatever the passion, I can do it. We can do it. Everyone can do it,” said Gitanjali. “The finished product you create is going to be far better than what you initially imagined.”

Outside of the research lab, Gitanjali spends a significant amount of time inspiring other youth in the Denver, Colorado area to get involved in global water quality issues. Her school club, River Watch, is actively testing water samples around the school grounds. She believes that awareness goes hand in hand with innovation and discovery. One of her favorite parts of her journey has been speaking to other kids and teens. She also speaks in innovation forums, school assemblies and writes articles for newspapers in her community. “It’s my job to communicate this movement,” said Gitanjali. “My device is collectively bringing together passionate people. We’re creating a ripple effect. 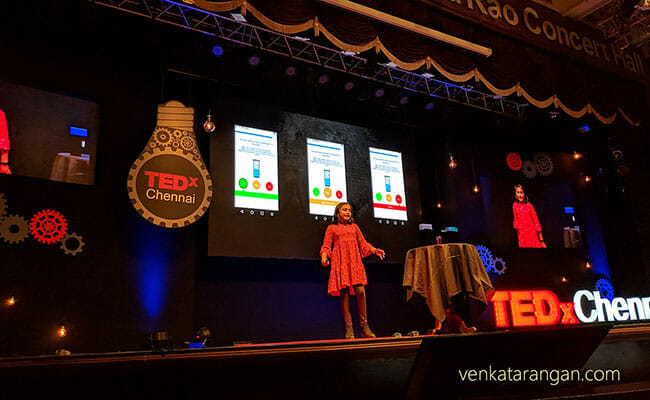 Despite media attention and professional support, Gitanjali remains exceptionally humble. She faces the world with an enthusiastic desire to continue learning, both scientifically and personally.

“I’ve learned so many things. Definitely on the invention side, but I’ve also learned that I am capable of doing things like this. From the beginning I was skeptical, I didn’t know if it was going to work. I was just 11, and I was supposed to create this functioning device that would be taken around the world? My initial reaction was no. It was so hard. But it was something I wanted to do, people needed me. So I just went for it.”

When asked about her dream for Tethys, Gitanjali expressed that she wants every place that uses water for consumption to have a device on hand and to understand the importance of testing water. Her dream also incorporates a corresponding app for her device, one that would send users instant results of their water tests. She also believes that using community water facilities to give out Tethys can get it under the roof of everyone’s home.

For Gitanjali, every day is a surprise. What’s next for this seventh grader besides perfecting her device? Participating in a 3D printing hack-a-thon and an innovation workshop in the Denver learning center. Whatever it is she may be doing, she is leaving traces of joy and inspiration, paths that people of any age will follow and marvel at.