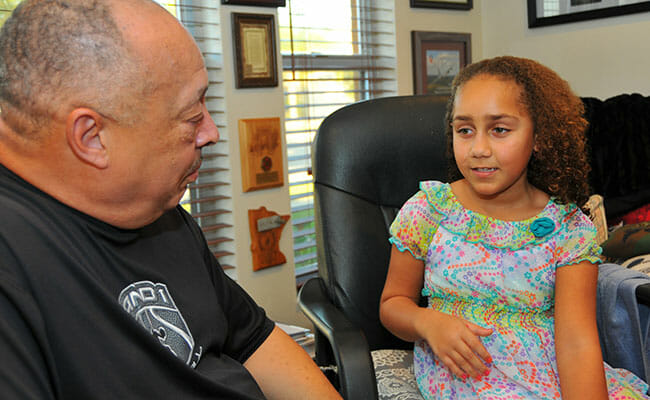 Col. Nathan Thomas Jr. is a retired veteran who served more than 39 years in the Army and Air Force, but for this Alabama native, currently living in Melbourne, Florida, supporting his community has been a natural extension of his life’s work. As a teenager, Nathan marched alongside civil rights heroes in Birmingham and Selma, Alabama, and was beaten along with hundreds of other marchers in the horrific 1965 “Bloody Sunday” police attack in Selma. Nathan is inspired every day by Dr. Martin Luther King Jr.’s idea of “The Beloved Community,” and has touched the lives of many in need through his contributions. Even in retirement, he has not stopped giving back. Nathan works with high-risk teenagers, the children of soldiers who died fighting for their country, and created the Minnesota Buffalo Soldiers Youth Camp, an organization dedicated to offering troubled kids going through the Department of Corrections process a final chance at redemption.

We spoke with Nathan to learn more about his work, and how he is helping to build stronger communities.

You grew up in Birmingham, Alabama, at the height of segregation, when the country was divided. Who were some of the heroes in your life?

Rev. Shuttlesworth and Rev. Abernathy were both from Birmingham. Birmingham was, at the time, the most segregated city in the United States. The church I went to was the 16th Street Baptist Church where the four little girls were killed. Oftentimes these ministers weren’t the “national heroes” they became, they were just people who were elders, and people who were preachers and deacons who tried to teach us the right way and how to try to be noble in our service, both to our country as well as to our communities. Rev. Abernathy and Rev. Shuttlesworth were my heroes at that particular time, along with A.D. King, who was the brother of MLK. He had a church in Ensley, Alabama, which was not far from where I lived.

You grew up dealing with great adversity. How did that shape your ideas on giving back?

I came from a very, very poor area called Sherman Heights – it was the poor of the poor. But how we learned to get along and survive was by sharing with each other. Then in the greater community, we learned to share with people who didn’t look like us, and who were afraid of all the racists and the nationalism and the Klan, but were still willing to sacrifice to help us to become as proficient as we could at that particular time. So it’s been a standard for me, and I learned that all people aren’t bad, whether they’re white or black or brown. There are bad people, make no mistake about it, but we can get around that, and still survive and help each other and help people grow.

You were a foot soldier in the Civil Rights Movement of the 1960s, fighting for equal rights. Are there lessons you learned from the civil rights heroes you marched alongside that are still with you today?

I still carry a piece of them with me and part of that was how they taught us how to work within the community. They would always say, “it’s not the government’s job, it’s the community’s job,” both to raise the children and to provide for them. I had a lot of people who taught me that methodology – to always take care of the person, and if you did that, then it would come back to you. It was also a very biblical belief, to always be a Good Samaritan. It just became a thing that engrossed my whole spirit to see how people responded, especially people who had nothing, when you gave them something. 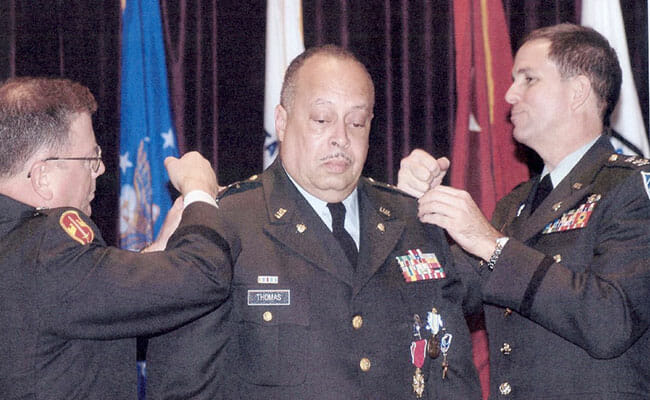 Dr. King would be passionate about how we treat folks, and investing in the community. To be able to come to the table to talk to each other about our needs. Personally, I think he would have said that we need to put down the cell phones and come to a table and sit down and talk, especially about race. Because it was a big concern then, it’s still a big concern, and it affects everybody. His message would have been a strong one of love, it would have been that “I am my brother’s keeper.” I think it would have been about community – he always talked about “The Beloved Community,” he talked about that almost until the day he died. It is about community, and that’s what I’m about.

My mother. Many, many years ago, we lived in a segregated system here in the United States. What I learned from her was that there was a way of helping and giving in a community that was basically segregated white and black. But she taught me that when her boss was sick, to take soup to them, and vice versa. So it was a way of getting around the system, but still acting within the community and actively giving.

What makes your home, the community, the United States – so important to fight for?

I’ve spent 39 years of my life in the military, I’ve traveled all over the world, been in command of tons and tons of troops. And, to be honest, this is still the best county that I know of that has all the benefits if you’re willing to sacrifice, if you’re willing to help others. People can come here with very little, and if they get involved, they can become whatever they want to be.

What do you most want people to learn from your story?

That community is anywhere you are. One of the things I started, the Buffalo Soldiers in Minnesota. We had all these kids who were from single mom, single dad homes, some of these kids had issues because no one really cared. We turned them into very, very good citizens, and people would say, “well, what did you guys do to these kids?” We didn’t do anything – we fed them, we clothed them, we talked to them, we cleaned them up, and we taught them survival skills. And those things changed the children around. To personally make a connection, and understand that it’s bigger than just one person, it has to be a community.

What’s in the future for you?

I want my community to grow, I want to do more for the people who need help. At my age, I don’t know how many more years I’ve got, but I want to see the growth, I want to see us communicating with each other. Not about each other, not away from each other, but to each other. My dream was to win a million dollars – and guess what – spend more money on food and all those essentials. Money is great, but it doesn’t cure everything. It depends on the hands of the person it falls into. So for me, it’s giving back and watching it grow. If I can help a child educationally, and tutor him, that’s great. Because my legacy, I always think of it this way: between the day you were born – which for me was in 1945 – there’s a little dash in there, and then at the end, your last year. It’s what you do with that little dash that leaves a legacy. And if they remember nothing else, they’ll remember that Mr. Thomas tried to give them something – something of value.

Find opportunities to get involved in your community at AllForGood.org.