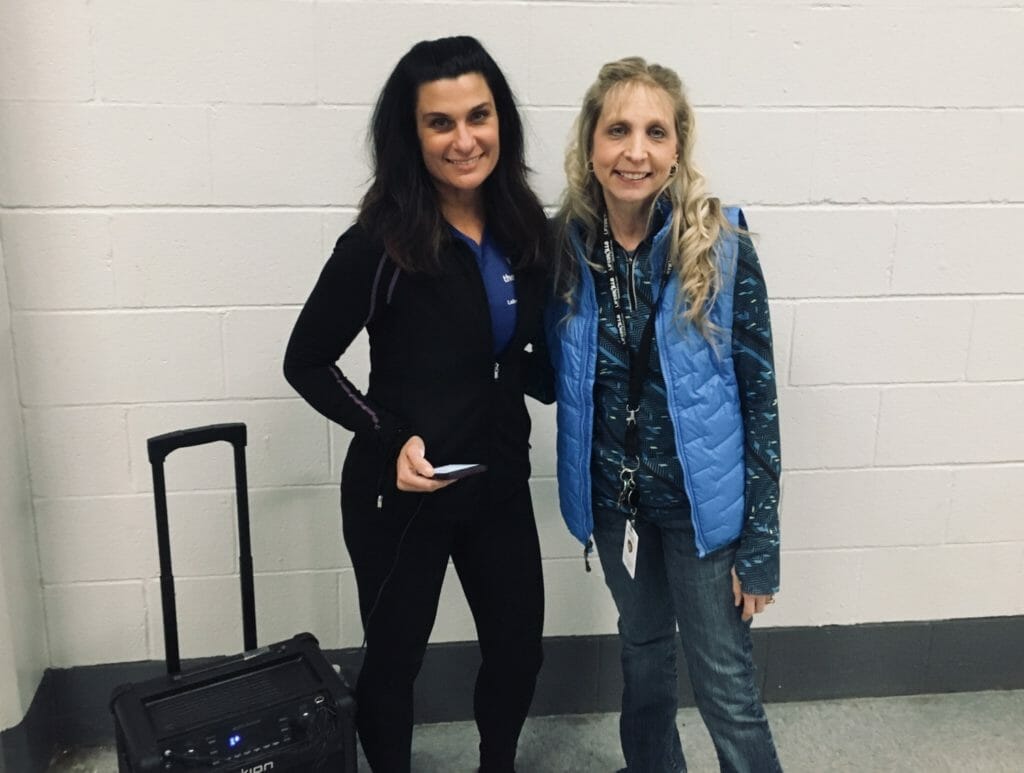 Each week, Kristy Mowry visits the Lake County jail in Painesville, Ohio. While she doesn’t wear a uniform, Kristy is equipped with a radio and keycard that gives her access to many areas the general public has never seen – and some would never dare to go.

The 50-year-old Chardon, Ohio resident began working as a social worker at the jail many years ago, through the Women in Transition Through Support (WITTS) program, which was funded by a grant. Setting up programming for the women to get education, taking advantage of services having to do with mental health, addiction rehabilitation, and more, Kristy says she was able to make real change for the inmate population. When the grant dissolved in 2012, Kristy decided her work wasn’t done, and continued going back to the jail, but this time, as a volunteer. Further complementing her work with women in need, Kristy is launching a pilot program called Women’s Wellness and Recovery (WWAR) in association with the YMCA, which is tailored to the needs of women who are recovering from chemical addiction.

Helping hundreds of the most vulnerable and in need in her community over the past six years, Kristy dedicates her time to providing support for incarcerated women and recovering female addicts as they work towards better lives, and is today’s Daily Point of Light award honoree. Points of Light spoke to Kristy to learn more about her work with WITTS and WWAR.

In today’s world, a lot of social service agencies are cutting funds and workers are overwhelmed. Once the women in the jail find out that I’m not an employee, but I just come there to dedicate my time, they show a new appreciation. They’re so grateful. They look forward to our groups and at the end of the session they want to know if I’m coming next week. It’s encouraging them every week, that someone is being consistent, listening to them and following through if they need help.

Tell me about your role with WITTS.

The corrections officers have nicknamed me ‘Kristy WITTS’ (laughs). I don’t even know if they know my last name. I do some case management in the jail to help the women get connected to services. I lead, or assist in leading the life recovery group, where we also share information about support programs for recovery out in the community. I help the inmates prepare for transition out of the jail. Once outside, I mentor women one-on-one to continue supporting them. It’s not just helping the person inside the facility, it’s trying to figure out how to help them when they’re out, too. We are supporting them holistically and evaluating the barriers of what’s going on in their lives that can be improved upon to help increase their chances at success, and reduce recidivism.

Describe some of the programs you offer through WITTS.

We organize special classes including anger management, fitness classes and support groups in order to help these women develop positive relationship and, gain confidence, as well as help them become productive members of society. We also have a YMCA instructor come in and teach Zumba and other cardio aerobics. Lastly, I started a life recovery group, which is a 12-step bible-based program that teaches these women what it’s like to live Christian faith in deed and thought. We’re providing them with education now, so once outside, they are better equipped to get involved in a local church, to get jobs, to stay sober. We’re also teaching them to become better mothers, because on the outside, they will get to try to parent their children again. 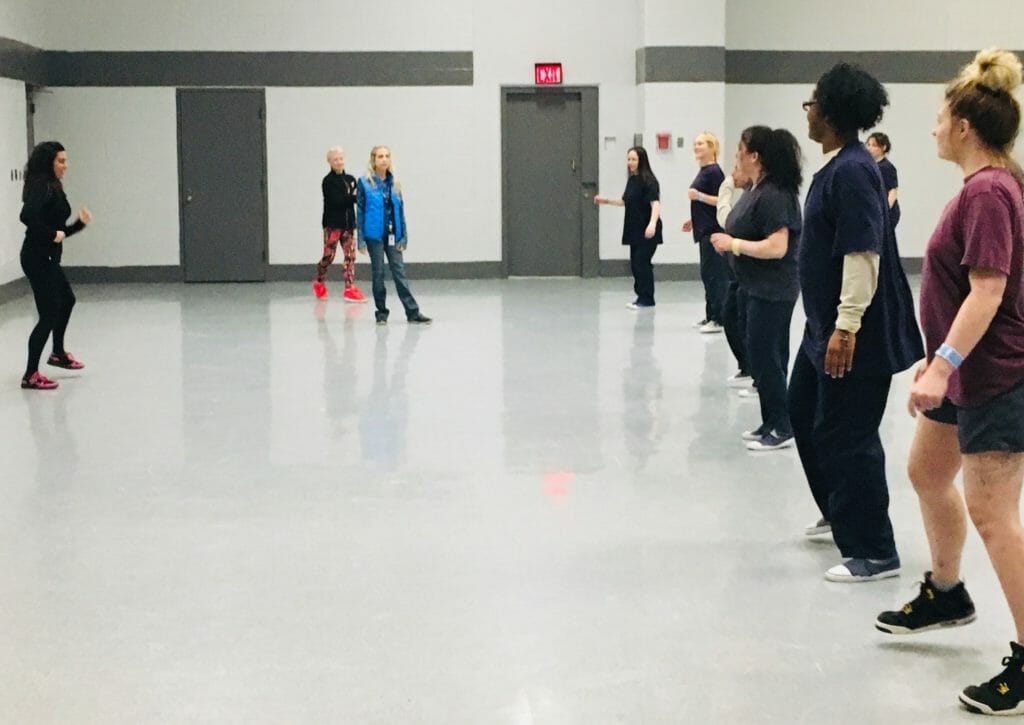 How has your volunteerism effected change?

Of the women that I come in contact with at the jail, there have been a few that didn’t want to follow the rules, they were belligerent. They’re just angry, depressed and causing problems. A lot of the women are also addicts, so they’re dealing with coming off of drugs or alcohol. We have had corrections officers and staff tell us that because of our programs and services, they’ve seen a really big change in how the inmate is handling things, or how they’re dealing with depression and anxiety. It’s a change of the atmosphere. The inmates are a little more positive, they’re trying to get along better and problem solve better.

Can you share a personal story about that change?

A woman in her forties came into the jail for the first time on a forgery charge. She was a wife and mother who was devastated about her actions, and the effect they had on her family relationships and marriage. She was having trouble adjusting to life in the jail, and attended one of my book groups, to learn about Christian principles as it relates to marriage. She shared what she was learning with her husband, who finally agreed to read the book’s counterpart on marriage for men. The education they both received had a positive impact on their marriage, and they decided to work on things once she was released. Now outside, they are doing well as a couple, she is working full-time and improving relationships with her family.

Explain what volunteering means to you.

I’ve been through things in life, real difficult situations and crises, and I saw how people faded away, and they didn’t stick around to help when you needed help most. I look at volunteering as ministry, not a job. That’s the difference.

What’s one thing you want readers to take away from your service?
In terms of service at the jail, everybody has gifts and talents that they should be giving to volunteering. My advice? Don’t close off a certain place because you might have a preconceived negative view of it, even though you’ve never been there and experienced it. A lot of people might say, “there’s no way I‘m going in a jail with criminals,” but I’d encourage people to be open-minded about trying different volunteer opportunities. If you talked to me 20 years ago, I would have said, “absolutely not, there’s no way I’m setting foot in a jail.” But I love it, and I know that’s where I’m supposed to be.

You have a program launching on Tuesday for recovering addicts. Tell me about it.

WWAR stands for Women’s Wellness and Recovery, and it’s a pilot program that combines exercise, wellness, nutrition and a 12-step bible-based recovery curriculum. It is designed for women who have had a chemical addiction, have several months of sobriety, and have other support systems in place. I partnered with the YMCA to launch this program, so they are hosting the weekly group, which is based off of some of the programs we facilitate at Lake County jail. Resources to support the program have been donated, from the healthy snacks to the life recovery bibles. We are soliciting sponsorships from individuals and businesses to ensure membership for the 3-month program. In addition, the female attendees will have access to the YMCA facilities outside of this weekly group. For more information on how to help or apply, contact Lana Niebuhr at the Lake County East End YMCA in Madison, Ohio.

Do you want to make a difference in your community like Kristy Mowry? Visit All For Good for local volunteer opportunities.