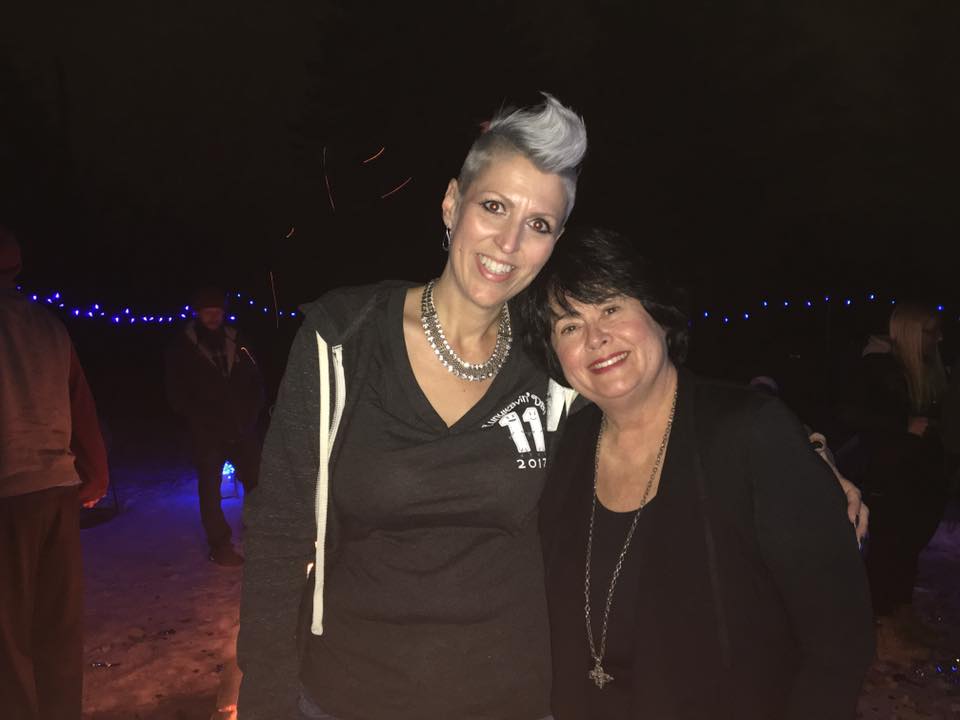 In 2005, Heather Von St. James was a new mom, having just welcomed a baby girl named Lily Rose. The 36-year-old was planning to take a few months off to spend time with her newborn, and then go back to the career she loved as a hairdresser and salon owner. Three months after giving birth, Heather’s world was turned upside down when she was diagnosed with pleural mesothelioma and given 15 months to live. Pleural mesothelioma is a rare and malignant cancer caused by asbestos. According to Heather, a resident of Roseville, Minnesota, who now serves as an activist to promote and battle environmental issues around asbestos, the only way to emerge from the depths of her disease was to help others. Heather is now making a difference by speaking out for the up to 3,000 victims diagnosed with mesothelioma annually, and is today’s Daily Point of Light award honoree. Points of Light spoke with her to learn more about her activism. 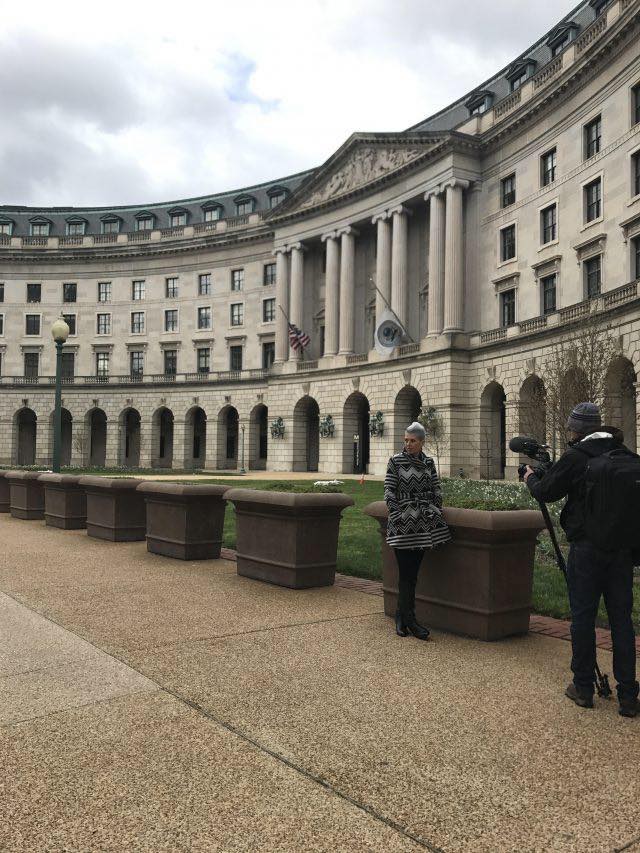 This is personal for you. Why do you believe it’s so important to increase awareness?

Every preconceived notion of parenthood I had flew out the window. I was going to stay home for a couple months, go back to work, be a working mom, everything was going to be great. Suddenly, I couldn’t revel in the motherhood, I couldn’t waste any time, because I didn’t know frankly if I was going to be alive to see (my daughter’s) 2nd birthday. There was an incredible sense of urgency in getting the treatment, and kind of a go-for-broke attitude, like, let’s throw everything we can at it, in order to conquer this disease, so I can be around to raise my daughter.  Because frankly my husband sucks at makeup, and there’s no way he could put makeup on her as a teenager (laughs). I have a really stupid sense of humor, and those types of things got me and continue to get me through it. You have to laugh at it because it takes the fear away.

You’re working to raise awareness about environmental issues around asbestos. There are many misconceptions about the toxic substance. Explain.

People believe asbestos is banned, but it’s not. Asbestos has not been manufactured in the United States since 2002, but imports surged last year. Under the Obama administration, a proposal was made to review a list of ten toxic chemicals, and asbestos was on that list. We fought for this win over the last three years. However, under the Trump administration, the EPA has decided to not pursue the congressionally mandated review, so asbestos and nine other chemicals that are highly dangerous and toxic are no longer up for review and possibly expanded regulations. It’s going to be devastating environmentally and health-wise if this list can’t get reinstated. Without adequate protections through the EPA, we’ll go back to polluted streets, water and air, and that’s really scary considering that I almost died, and literally hundreds of my friends have died, because of an environmental toxin.

Before you became sick, you weren’t an active volunteer. How has your perspective on giving back changed?

It’s completely changed. I worked in the salon industry which is great, but for me, it was also incredibly self-centered. It’s all about helping people feel their best and look great, but it’s always about bettering yourself, and making more money. I loved the life, but I never volunteered, I never helped out, so with the diagnosis, I felt the need to get out of my head, because you can sit and stew in these thoughts all day, but the best thing to do is help other people, and that makes you realize how good you really have it. Helping other people, connecting with people and helping them through their diagnosis makes me realize it’s not so bad. It’s not about me, it’s about giving peace and hope to those who find themselves in the same situation. 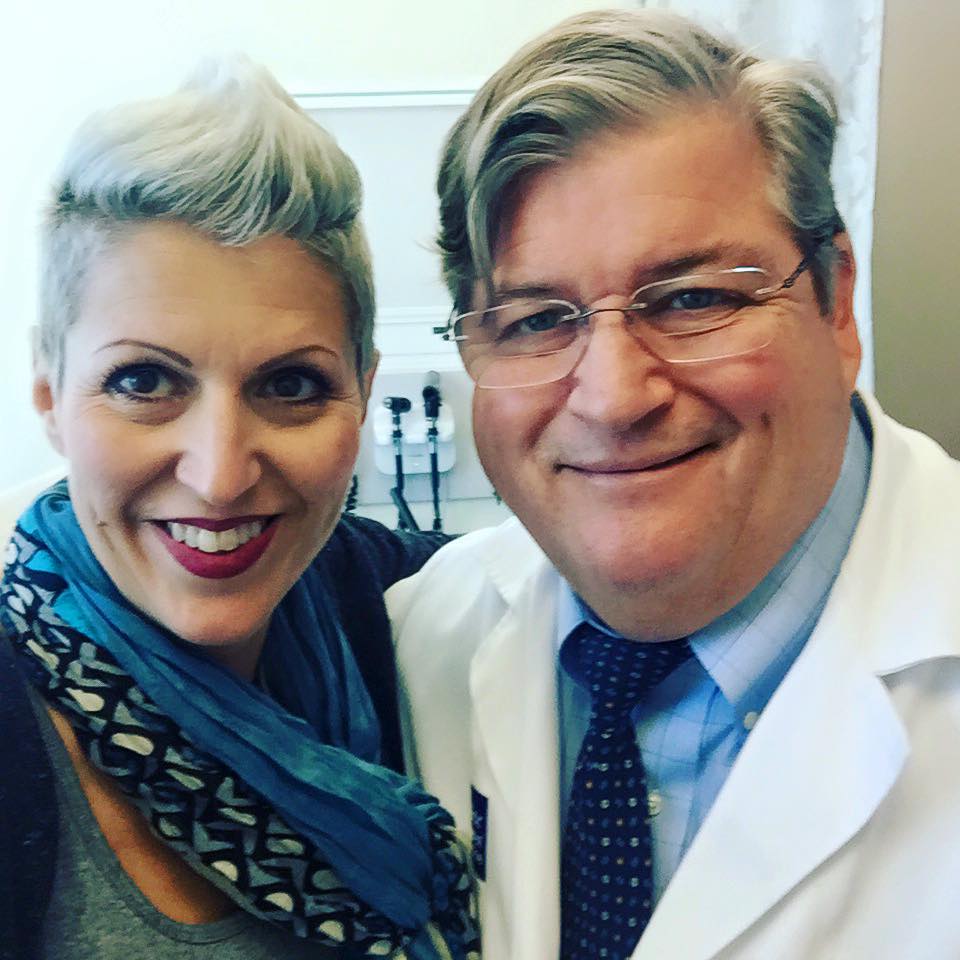 Just yesterday, I got a message from a gal in Hawaii, her wife was just diagnosed, and she told me that my story had given them so much hope. She’s only 36-years-old, she has pleural mesothelioma just like me, and she said my story has given them more fuel for the fight. And I just sat there with tears rolling down my face, reading this message, because that’s the type of effect that just sharing your story has. That scenario plays itself out week after week after week. Sometimes even though they’ve lost their loved one, the messages I get from people saying that during the battle, my story gave them hope. I don’t do it for me, I fight for all of those who can no longer do it.

In 5 words, explain what volunteering means to you?

Joy from giving of yourself.

If you had to name your autobiography, what would it be called?

Funny because I’ve been trying to think of that. I don’t know! What would the title of my book be? A lot of my story is about conquering and facing fear. So maybe ‘Don’t Let the Fear Win’ or “Conquering Fear with Humor’ or maybe ‘Heather’s Hope.’

I found that helping others in your time of need, when you find yourself in a position where, maybe you have no more money, you’re going through tough personal times, I found that’s the best time to reach out and help others, because it gets you out of your head and giving automatically fills up your tank. It helps when you can find something you are passionate about, or something you identify with. There are millions of ways to help – soup kitchens, or just find a small nonprofit that needs help, offer to come in and answer phones for the day, or go to the local grade school and read to kids.

What’s the one thing you want people to know about your volunteerism?

Even in the darkest times, even when everything seems like it’s falling apart, there’s always hope.

What’s next for you?

I went to Washington D.C. recently. I’m fighting for a ban on asbestos. We’re currently trying to get a law passed for a mesothelioma registry. I volunteer with a couple of nonprofits, but I am probably going to start my own non-profit within the next few months. It’s something I’m feeling led to do.

Do you want to make a difference in your community like Heather? Visit All For Good to find local volunteer opportunities.