“Close your eyes. Imagine you’re lying in a hospital bed and you know you have a terminal disease. You wake up, look around and there’s nobody there with you. You don’t have anyone’s hand to hold, you don’t have anyone to comfort you, talk to you.”

This is why Nick Konz, 70, said he has been volunteering with No Veteran Dies Alone at the Captain James A. Lovell Federal Health Care Center in North Chicago for the past three years.

No Veteran Dies Alone is a program that connects volunteers with veterans who are living out their final phase of life in hospice care.

There are about 30 program volunteers at the Lovell Federal Health Care Center, but Nick said that he is one of the few that can actually stay with the patients until the end because many people aren’t comfortable dealing with death.

Nick first goes in to see patients while they are still lucid, or at level one, so he can be a familiar face when they near the end.

“We’ll go up there and meet with them when they’re level one so they know who we are,” Nick said. “We find out their likes and dislikes. We’ll try to learn a little bit about them. It’s all about them. It’s not about us.” 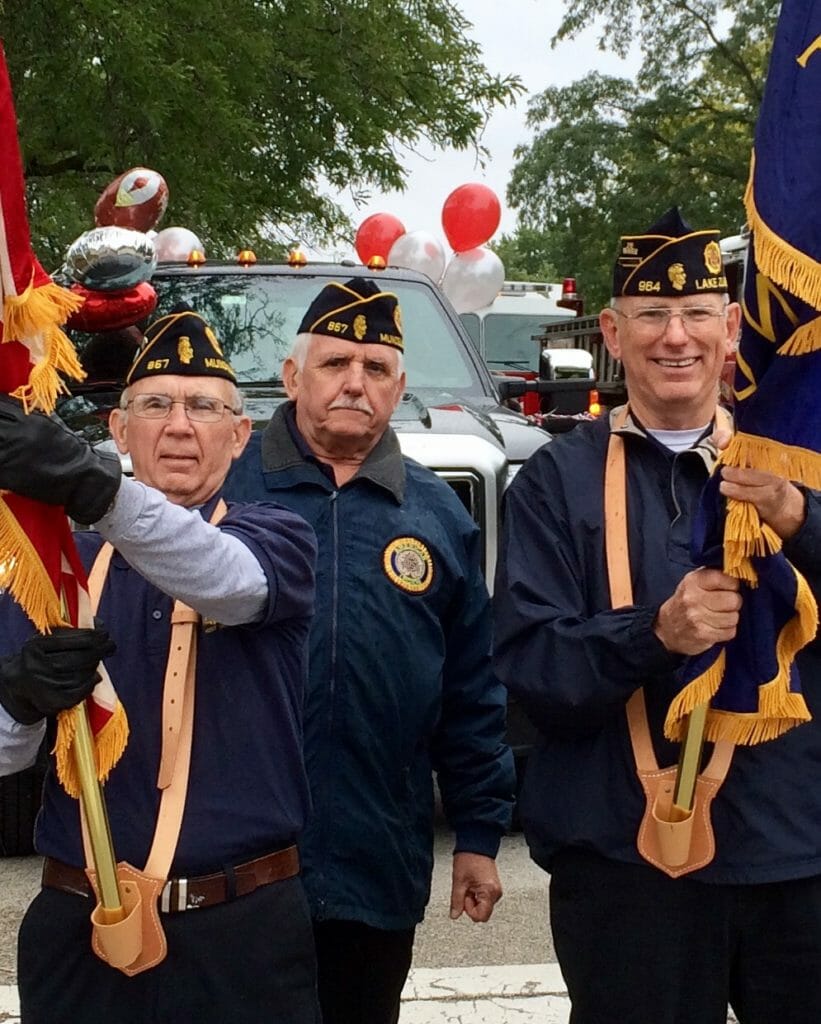 Nick visits level one patients about once or twice a week. But when they hit level two, Nick tries to go in every day because it is unknown when they will pass.

“When they reach level two, most of the time, they’re no longer eating, drinking or responding,” Nick said. “By this time, a lot of them [have] Alzheimer’s or dementia, and they’re in a part of their life where they’re very confused. All we can do is listen to them, comfort them and let them know that somebody is with them, cares for their sacrifice… It’s just being with them so they’re not alone.”

Nick often forms strong relationships with these patients.  While he said he definitely has his favorites, he doesn’t let his emotions get to him when they pass away.

“It’s going to happen and there’s nothing we can do to change it,” Nick said. “So my way of thinking is to be prepared for it… Let them know it’s okay to go.”

Nick said that being a veteran himself makes it easier to talk to the other vets because there is a special bond between them.

“The best person to talk to if I have a problem is another veteran. You know, someone that actually wore the uniform, someone that had actually been there,” Nick said.

While Nick never saw combat during his military career, he spent 31 months in Europe as a cook for the military police battalion. After he came back home, he started volunteering for other vets through his American Legion post.

Nick’s first volunteer event was a bingo night that his American Legion post was hosting. He was paired up with a young man who had lost both arms, both legs and had a bandage on his eyes.

“When I saw that kid lay in there who was probably my age, I said, ‘He gave everything except his life. The least I can do is give my time and effort to help people like that.’ So I’ve been doing that kind of stuff ever since.”

Since then, Nick has volunteered at multiple veteran organizations, in addition to No Veterans Die Alone. He is the president of the Lake County Veterans Assistance Commission, which provides emergency assistance to veterans and their families.

When a local woman’s car broke down, Nick and the Veterans Assistance Commission stepped in. With five children and a broken car, she had no one to call except her husband who was deployed in Iraq.

“As soon as we got word of that, we said, ‘Wait a minute. He’s got to do all he can do to keep his head down. We’ll get the car taken care of for him,’” Nick said. Nick and the Veterans Assistance Commission were able to purchase a used car for the family.

From starting a veterans group at his senior living community to volunteering in a program called My HealtheVet to help veterans access their VA records and order their prescriptions online, Nick is doing everything in his power to make sure veterans get the help, respect and honor that they deserve.

“I just feel obligated. It’s something that needs to be done and not everyone can do it,” Nick said.

If Nick’s story inspires you to help other veterans, there are many ways to volunteer your time or donate money. You can check out All For Good to find service projects in your area that are specifically helping veterans. If you want to donate money, you can use Charity Navigator to see how the organization uses its funds before you donate.