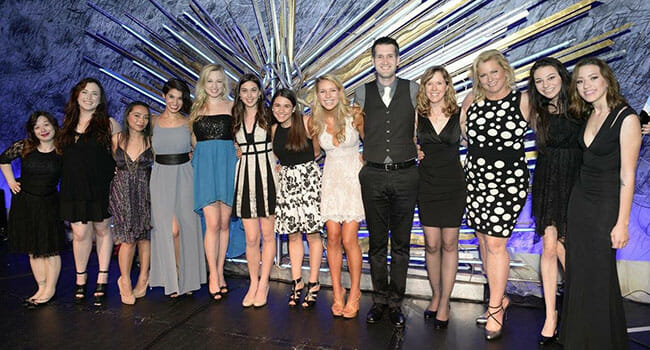 “I used to measure every bit of food to control my calories,” says Liana Rosenman of New York, a recovered anorexic who helps people with eating disorders get the help they need. “Now I measure success by living my dream of becoming a teacher and by helping others succeed.”

She and another recovered anorexic, Kristina Saffran, started Project HEAL: Help to Eat, Accept and Love, a 501(c)3 nonprofit organization that funds treatment for those who cannot otherwise afford it. 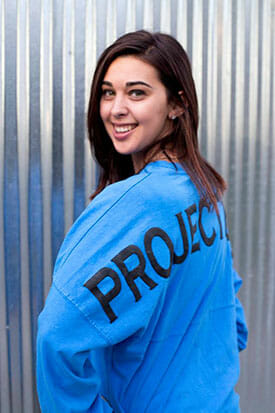 Rosenman was diagnosed with an eating disorder as an eighth-grader. But she resisted two years of attempts by her parents and counselors to acknowledge her disorder – until the day her parents took away her measuring cup. “I actually was hospitalized for a few days under suicide watch,” she says. “I carried that cup everywhere. They also threatened to take away my cell phone, but I was more afraid of losing the measuring cup than losing my phone. That was my wake-up call.”

Treatment for eating disorders, which can be fatal if untreated, can take months or years – and expenses add up. Those who starve themselves, binge and purge, or simply binge on food need to gradually acknowledge they need help. Then they need to identify and tackle the stresses that are causing the behavior. Counseling typically costs $150 per hour. Outpatient treatment at a hospital can run $2,000 a week; a month of residential treatment, up to $30,000.

“Both of us were lucky in that our insurance covered some of it and what it didn’t, our parents could afford,” says Rosenman, of herself and Kristina Saffran. “But we saw so many people who were getting kicked out of treatment because they couldn’t afford it – and these were people who were really motivated. So we started a treatment grant fund.” The pair, who earn no salary from the project, raise money every way they can, from merchandise sales to an annual gala. This year’s gala raised $120,000.

Since its inception in 2008, Project HEAL has fully funded treatment for 52 individuals. “We’ve helped countless more by sharing our stories and being a presence on social media,” says Rosenman. Despite a trend toward body acceptance, Rosenman says eating disorders aren’t going away. Teen girls are especially vulnerable. But the Great Recession seems to have spurred an uptake in eating disorders among middle-aged women as well. “A lot of times people had an eating disorder when they were younger, but a job loss or divorce causes them to relapse in their 50s,” says Rosenman. “On the other hand, we’re seeing eating disorders in younger and younger children of 8, 9 or 10.”

Social media, such as Facebook and Twitter, have attracted both donations and applicants for help from as far away as Australia and Canada. Some 40 chapters of Project HEAL have sprung up, often on college campuses. Project HEAL’s website is being revamped to encourage more boys and men to feel comfortable getting help as well. 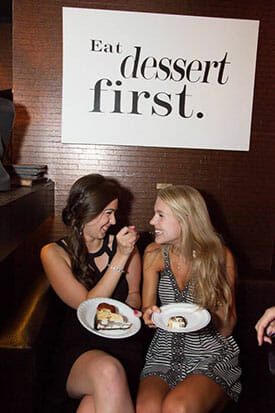 Through Project HEAL, Rosenman effectively uses social media to reach people like Amanda Lupacchino of New York City. Even with a job and health insurance, Lupacchino, an aspiring dancer, couldn’t afford the co-pays from treatment for her anorexia, which started at age 11. Counselors had persuaded her to get away from her troubled home at age 16, but she resisted suggestions that she had an eating disorder. “By age 20, I was taking 25 to 30 laxatives a day,” says Lupacchino. “I had stomach ulcers, sore joints and thinning hair. But I lacked a support system, plus there was pressure from the dance culture to remain thin.” After discovering Project HEAL online, Lupacchino received intensive hospital treatment. Now 24, she’s recovered enough to work as a dance instructor and a nanny, plus attend college, where she is close to achieving a bachelor’s degree in psychology and creative arts.

“Being put in that role of founder and a role model, it definitely helped me reach full recovery,” says Rosenman, who started Project HEAL when she was just a 10th-grader. “It’s like you have to walk the walk and talk the talk. It really pushed me to live up to what I wanted and what I wanted for other people.” Rosenman personally remains in touch via social media with thousands of people seeking encouragement and advice, despite her full-time job as a 5th-grade teacher who works with autistic children. “People can always reach out via email or Facebook message,” says Rosenman, who not only responds to messages, but is willing to follow people on their Instagram or Facebook accounts, if they like, to offer continuing encouragement. “I think they appreciate it,” she says.

Luppachino says the extra effort helps her avoid relapse. “I still call or text Liana when I’m having a bad day. She always responds and is super supportive.”