When she was young, Keariene Muizz and her family were constantly on the move — she attended 12 schools before leaving her teens. Role models were few and far between, and at one point she ended up in foster care. But years later, despite her rocky start, Muizz found herself studying at the prestigious Sorbonne University in Paris.

“Looking at me in that situation, no one would ever believe that I hadn’t grown up in the most stable of backgrounds,” she says. 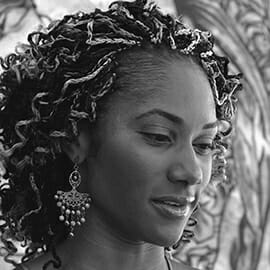 The experience made Muizz think about “second and third chances, and the importance of being resilient.” She began drafting an idea for what would become known as Positive Resistance, a nonprofit with the motto, “A Broken Home Does Not Mean a Broken Life.”

“When I thought about it, it all came down to those two words: positivity and resilience,” says Muizz. “I wanted to help at-risk youth to resist the disfunctionality and negativity around them.”

Muizz, now 38 and based in Orange County, founded Positive Resistance in 2002 with a mission of supporting youth between the ages of 11 and 18 in the foster care system to transition into adulthood.

“There are so many skills that they don’t get in a group home or emergency shelter — everything from homework checking to resume writing,” she says. “We fill those gaps and help them to navigate.”

As executive director, she uses her original research on the psychology of young adult development — which has been recognized by the American Psychoanalytic Association — as a foundation for a host of programs. These include workshops that encourage participants to see themselves as separate from their history, as well as courses offering preparation for being a responsible parent, job-seeker and volunteer.

This summer, Positive Resistance is adding a new initiative into the mix by sending 30 foster and at-risk inner-city girls on a trip to Paris to study for a week. Muizz, who over the years has built a career for herself as a sought-after artist, says she will be leading classes there that teach art as a cultural experience. 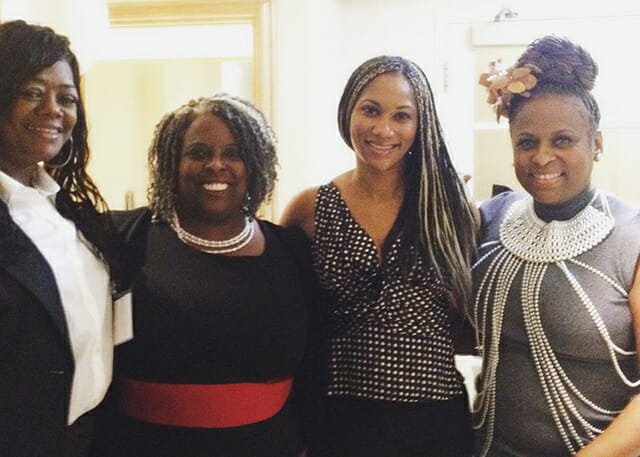 Keariene Muizz, along with members of the Intelligent Black Woman's Coalition. Left to Right: Misty McCoy, Kandee Lewis, Keariene Muizz, and Yolanda "Yo Yo" Whitaker Windom.

“My goal is to help them see themselves as global citizens who have a place in the world,” she says. “We’re working on having them meet with art experts, historians, and foundation representatives that I have connections with. We’ll tour private collections. Being in another country is going to blow away all of their paradigms.”

Although the organization is still in the process of raising all of the necessary funding, Muizz is confident it will all work out.

“When I took the risk and decided to move to Paris, I invested in myself,” she says. Now, she wants to offer the same experience to others.

“I don’t want to live for myself and be a bystander. That’s just not in my DNA.”