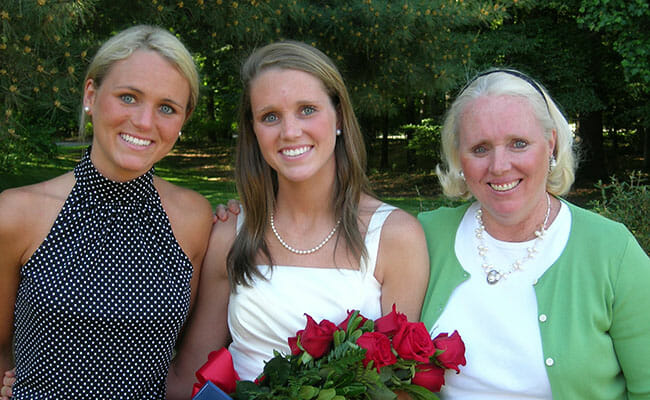 At around 6 a.m. on May 3, 2010, Sharon Love opened the door to police officers who delivered the worst news a parent could ever receive. Her daughter, Yeardley, had been killed. Not just killed, but beaten to death by her former boyfriend.

“I couldn’t believe it,” Sharon said. “It’s still hard to put the two together that you know somebody, that somebody has been in your house and they’re capable of beating someone to death.”

Yeardley was a thriving student at the University of Virginia, majoring in government, minoring in Spanish, playing lacrosse and building positive relationships with just about everyone she met. She was just three weeks away from graduation when she was killed.

“She was so kind and when she walked in the room, she got along with everyone,” Sharon Robinson, Yeardley’s cousin, said. “So many stories came out after her death. We got so many letters of lives that she touched that we never knew about.”

Yeardley and her ex-boyfriend had dated on and off for two years and her family recalled small signs of an abusive relationship.

“There were little hints here and there,” said Lexie, Yeardley’s sister. “They were passed off as a joke or him just being a jerk. … In hindsight, now, I would’ve thought differently, but relationship violence had never really entered our minds at that point.”

To honor Yeardley’s life and make sure that this avoidable tragedy never happens to anybody else, Sharon and Lexie Love founded the One Love Foundation. With the help of Sharon Robinson, who sits as vice chair, and the rest of their staff, the Loves hope to educate people, especially young adults, on the signs of unhealthy relationships so that they or their loved ones can get out of an abusive relationship before it’s too late. 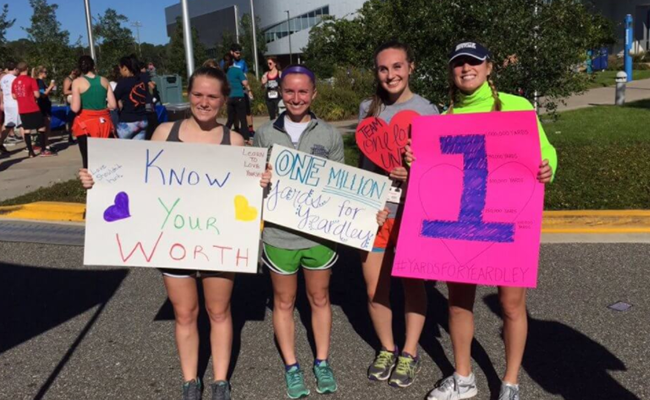 The One Love Foundation has visited 500 colleges and universities across America to hold their Escalation Workshop, which features a 90-minute film titled “Escalation.” It educates viewers on the warning signs of an abusive relationship and, after the showing, the students are able to discuss how they felt about the film and talk openly about relationship abuse.

With 1 in 3 women and 1 in 4 men experiencing some form of relationship violence in their lifetime, abusive relationships are very prevalent, yet, the conversations surrounding the topic are not.

“There’s a lot of shame. There’s a stigma around it,” Sharon Robinson said. “We’re trying to shift the stigma, saying that you shouldn’t be ashamed. You should feel free to go and get help.”

Many students have thanked and credited the foundation for helping them realize that they were in an abusive relationship and getting them out. Some students are even running a million yards in an event called Yards for Yeardley to honor Yeardley and spread awareness of One Love’s mission and message.

“I think in so many ways One Love keeps Yeardley alive,” Sharon Robinson said. “She did not die in vain. Her story has really helped so many people and I think that’s just who she was.”

To plan an Escalation Workshop in your own community, learn the 10 signs of an unhealthy relationship, or learn how to support the One Love foundation, visit www.joinonelove.org.