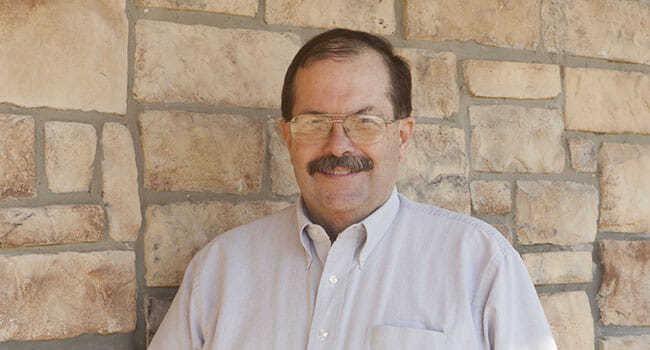 People who volunteer like to say they enjoy giving back to their communities. But what if you move every few years and you’ve only just arrived in your community? It takes a special drive, a special motivation, to be able to jump right in and start “giving back” to a new place where you have no history and don’t know a soul.

But that’s what Doug Graves has been doing for more than 40 years.

He says it’s an ideal way to meet people, make new friends and get to feel part of a new community.

Graves often relocated during his career with GTE, a nationwide telephone company that became Verizon Communications in 2000. His dad had also worked for GTE, so Graves was accustomed to moving all the time. But by the time he launched his own coast-to-coast career, he’d experienced something that drove home the importance of volunteering.

Graves was a junior in high school, living in Los Angeles with his family, when the Sylmar earthquake struck.

“That was one of the big tickers that pushed me into community service,” says Graves. “Being a high school student and being able to get out on my own and help people, along with other groups – I just continued that public service from then on.

“We had no running water, we had no electricity. But growing up camping, you have no running water and electricity, so you make do with what you have,” Graves explained. “Around my neighborhood, we helped. We’d go to houses and help them clean up.”

Over the years, Graves certainly did not seek out natural disasters. But when he was living and working in Kentucky, storms and tornadoes struck. When he was transferred to North Carolina, he experienced hurricanes. And in southern California, there were wildfires.

All of those events required scores of volunteers.

But Graves’ commitment to volunteerism extends beyond disasters. He became a volunteer firefighter while he was living in Kentucky, and works with the police department in his current home of Flower Mound, Texas, a few miles north of Dallas. He logs tireless hours with Special Olympics, and as a weather spotter for the National Weather Service. 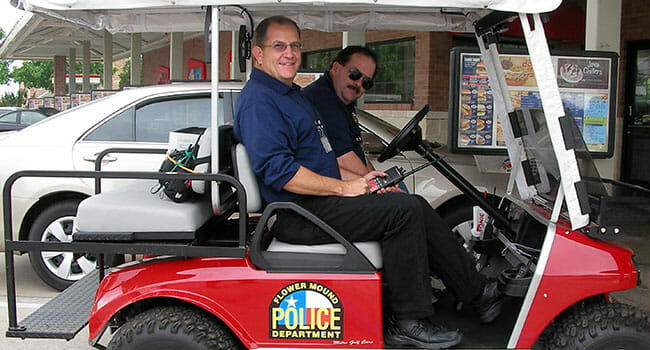 His volunteer activities have exposed him to sad situations. He acknowledges that after helping at the scene of a fire or car crash, “You live with the image that you see.” But he adds, “It depends on how you look at things. If you look at it from, ‘That happened to that person and what can I do to help mitigate the long-term effects of it?’ – it makes a big difference. I don’t dwell on the incident; I do what I can to help the people involved in the incident.”

Graves has great memories, too. He met his wife, Pat, while giving his all one freezing night in Kentucky, when vehicles were sliding into ditches during a rare snowstorm.

“We were both out helping people along the Interstate,” Graves recalls. “At 2 o’ clock in the morning when it’s sub-zero and it’s cold, it was, ‘Hey, do you want to get some coffee somewhere?’ So we went back to the Red Cross Chapter house and it all started from there.”

To this day, Pat joins her husband in his volunteer activities.

“When I was out storm-spotting last night, she was my observer,” he says.

Now retired, Graves says he and his wife are staying in Texas.

“Every year, they bring Christmas dinner to our officers,” says Griffin. “That’s very selfless of them to leave their families on Christmas Day to feed a bunch of cops.”

Graves advises newcomers who’d like to contribute to their community, but don’t know where to start, to check newspapers or the municipal website or Facebook page. “When you show up to some of these events, you meet others and socialize and they tell you about other things that are going on,” he says.

Another tip from Graves is to join a nationwide organization, such as the Red Cross, Rotary Club or Toastmasters, which have local chapters. That way, if you move again, you can pick right back up in your new neighborhood.

National Volunteer Week is a time where we celebrate people who make an extraordinary impact through service and solve problems in their communities. Nominate an outstanding volunteer, family or organization as a Point of Light!