Meet Daily Point of Light Award honoree Lucas Smith. Read his story and nominate an outstanding volunteer, family or organization as a Point of Light. 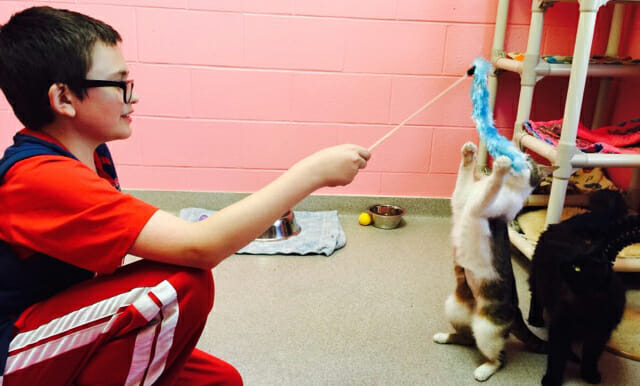 Fourteen-year-old Lucas Smith clearly remembers one of the first times he was bullied. He recalls being just four or five years old when some kids picked on him, taking off his glasses and throwing them in a sandpit.

“It was not a fun day,” said Lucas. “I felt really sad after that, and I had to call my parents to get more glasses because I can’t really see that well without glasses.”

Lucas felt down after being bullied, but he soon found an outlet to channel his emotions into something positive. At age 6, he began volunteering. By getting involved with his community, he was able to change how he felt about himself and ultimately, how others would come to see him.

He began by helping at the Lakeshore Humane Society, fostering animals until they were able to be adopted into a permanent home. (Although, sometimes the Smith home ended up being that permanent home for Lucas’ furry friends.)

Lucas’ mother, Wendy, said her son – who is autistic – showed an affinity for animals with special needs, including a cat with asthma and a puppy with a heart condition.

“He shut down because of the bullying,” Wendy said. “Then he started connecting with the animals a lot and helping in the community. Knowing that he was doing good in the community and he was connected to something, kept motivating him more.” 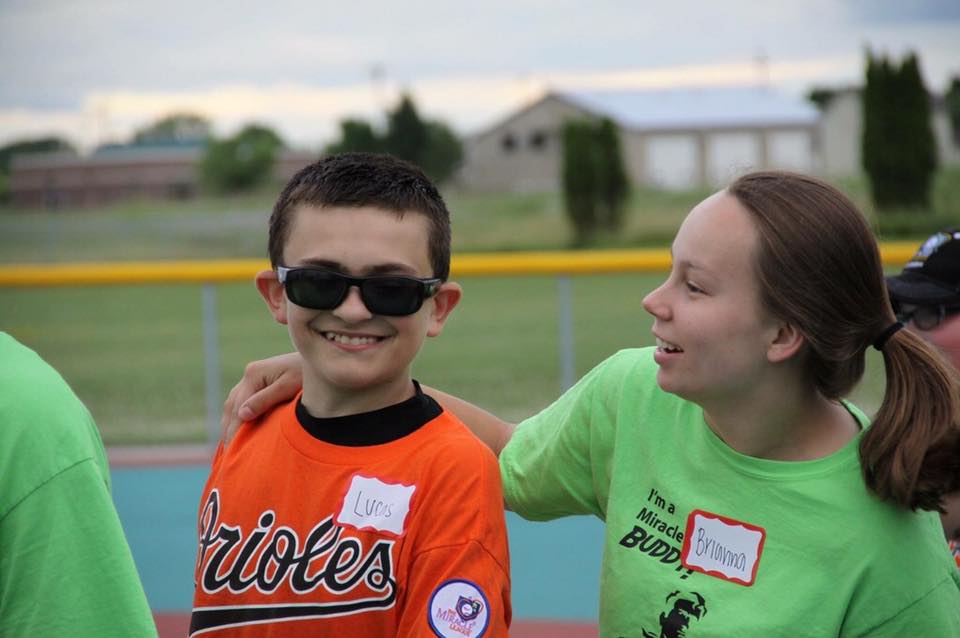 Photo Credit: Wendy Smith
After playing with the Miracle League in Green Bay, Wisc., Lucas Smith helped fundraise to bring the program to his hometown of Manitowoc.

A few years ago, Lucas got involved with the Miracle League, an organization that supports children with special needs through baseball. The league’s custom-designed rubberized baseball field makes it all-inclusive, even for children in wheelchairs.

“What’s really cool is that everybody plays,” Wendy said. “Everybody bats. Everybody wins.”

“It has raised so much awareness in the community about people with disabilities,” said Laura Zeimer, commissioner for Manitowoc’s Miracle League of the Lakeshore. 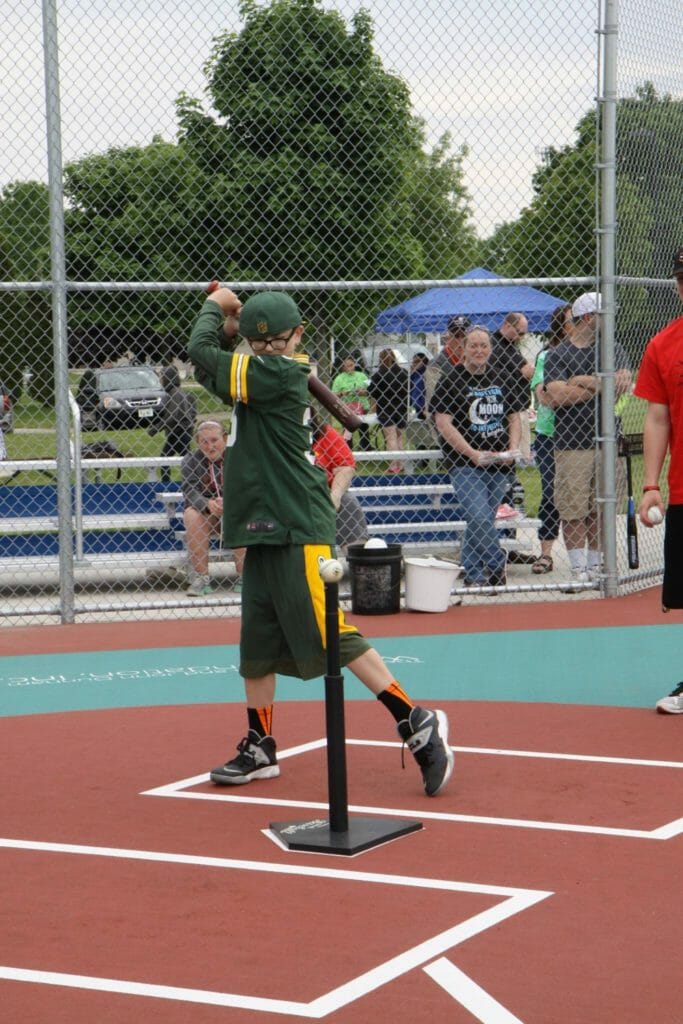 Lucas is also a peer ambassador for Generations Against Bullying, a Wisconsin-based anti-bullying organization that provides services and support for students, parents and schools.

“Whenever I see bullying, I try to help,” said Lucas. “I just want to help [the kids] through their situation.”

“What’s inspiring is that he himself is autistic,” said Lee Thennes, principal at Lucas’ school. “But he certainly goes above and beyond in his call to the community. Kids see that, and they respect him very much for that.”

In Lucas’ mind, being on the autism spectrum may have been the catalyst for his ability to be a changemaker.

“If I didn’t have autism, I don’t feel like I would have been bullied as much,” he speculated. “… Probably wouldn’t have been in the community as much.”

Through his volunteerism, Lucas has been called upon to share his story and give speeches on behalf of the organizations he serves – even though public speaking isn’t his favorite pastime.

“It’s kind of hard, but I try to get over it,” Lucas said, referencing his anxiety. “Knowing that if I do a speech and do it [well], without having to worry about stuff, it will help my organization.”

The community’s response to his speeches is what hits home for Wendy. She recalled a recent event where Lucas spoke in front of an audience of 700 people.

“I had at least five people on our way out either stop and say, ‘Luke, you inspire me’ or come up to me or my husband and say, ‘Wow, your kid inspires me and that’s what I needed to hear today,’” Wendy said. 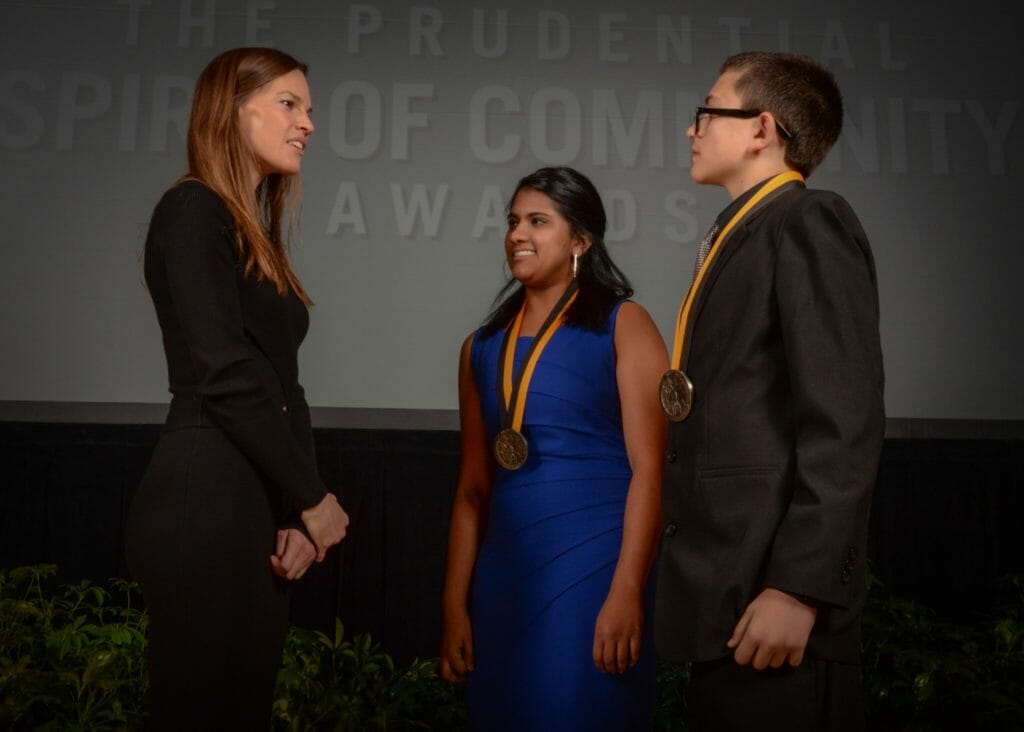 Last year, Lucas was honored with a Prudential Spirit of Community Award, recognizing youth volunteerism. He gave his acceptance speech in front of the student body at his school, speaking about his community involvement.

Shortly after, according to Principal Lee Thennes, several other students approached staff to ask how they could volunteer. “It’s kind of a neat opportunity for kids to get that reinforcement – that giving back to your community is an important thing.”

Lucas considers himself just a “normal teenager” – someone who enjoys sports, the outdoors, being on his phone. And of course, helping others.

“Bullying would normally hurt somebody, but it kind of helped give me the confidence to go further into the community,” Lucas said. “I stood up more than I stood down, after what happened. I just want to go far and help more.”

Find opportunities to make a difference in your community at www.allforgood.org.