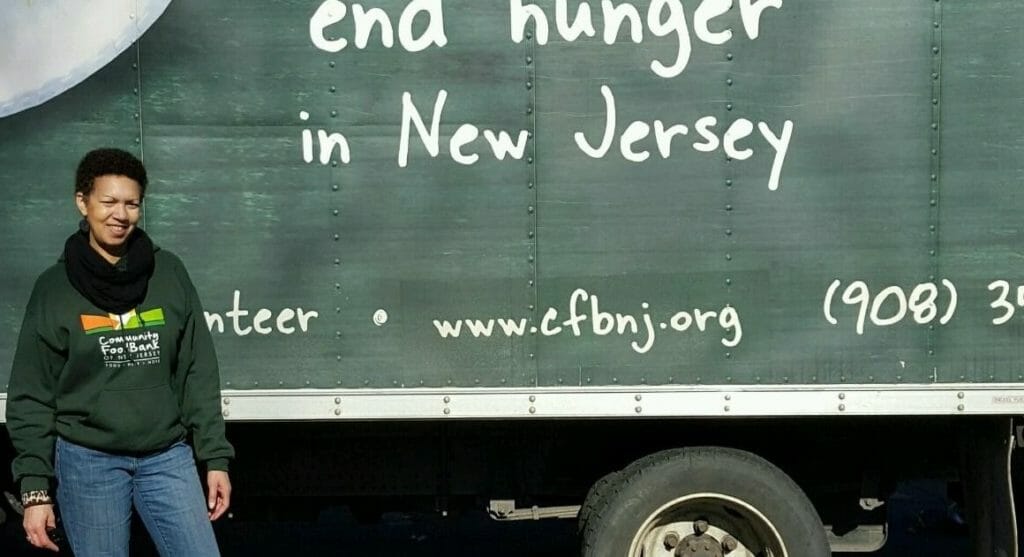 When President Barack Obama took office, the former community organizer urged Americans to reach into their communities to solve problems in a “spirit of service.”

Millicent Jackson took his words to heart. Jackson, a New York native who lives in West Orange, NJ, was getting ready to retire from her career at Verizon.  “I didn’t know how I was going to go about doing that, but his words resonated with me.”  The summer after she retired, Jackson did some noodling on the Internet and came across Jersey Cares, a non-profit that matches volunteers with all kinds of community projects.  “You can search by your location, by the interests you have, the time you have available – it was very easy to navigate.”

The first thing Jackson tried was joining a tree-planting project in Newark.  “It was fulfilling, to be out and doing something that you could see an immediate benefit,” she said.  Jackson realized that she liked working outside after a career spent in an office, so her next project was working with a food bank to deliver commodities in an outdoor setting in downtown Newark.  That was almost four years ago, and Jackson is now the coordinator for the Newark site.

“We have staples and fresh and frozen food that’s been donated to us from local supermarkets and stores,” she explained. “Folks line up and get what they need.”

Jackson has gotten to know a lot of the regulars who frequent the project, an interaction that gives her an important sense of satisfaction.  “It gives me a warm feeling, to be able to help these folks.  There aren’t necessarily homeless people, but people who just need a little help.  You don’t know what a person’s situation is just by looking at them. Everybody can use a little help now and then.”

Whether it’s 20 degrees or 95, every Monday you can find Jackson managing the food distribution, working with her volunteers and chatting with the folks who pass through the line.  “I definitely would encourage anybody at any time to experience what it feels like to just be able to help another person, to do a kind deed.  Once you see how it makes you feel when you see the smile on their faces, that’s reason enough to show up every week.”