Jenné Myers currently serves as the Chief Executive Officer of Chicago Cares. She has led her dynamic leadership team to completely reorient an established institution into a thriving, cutting-edge, emergent player in the social impact sector. Founded in 1991, Chicago Cares has been the city’s premier engine for volunteer mobilization for nearly 30 years. The organization mobilizes 20,000 volunteers annually.

Previously, Myers was appointed as first-ever Chief Service Officer for Chicago by then-Mayor Richard M. Daley to lead Chicago’s participation in Cities of Service, a national civic initiative. Earlier in her career, Myers served for four years as the Executive Director of Working in the Schools (WITS). Prior to WITS, she was the assistant to Maggie Daley, First Lady, City of Chicago and served as a member of the advance staff for Mayor Richard M. Daley.

Myers currently sits on the board of Points of Light and most recently served as Chair of the Points of Light Affiliate Assembly. She is a Leadership Greater Chicago Fellow, Class of 2017, and is also a commissioner for the Governor’s Serve Illinois Commission. She received her bachelor’s degree from Michigan State University. 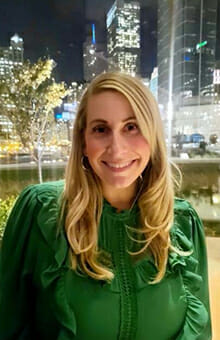