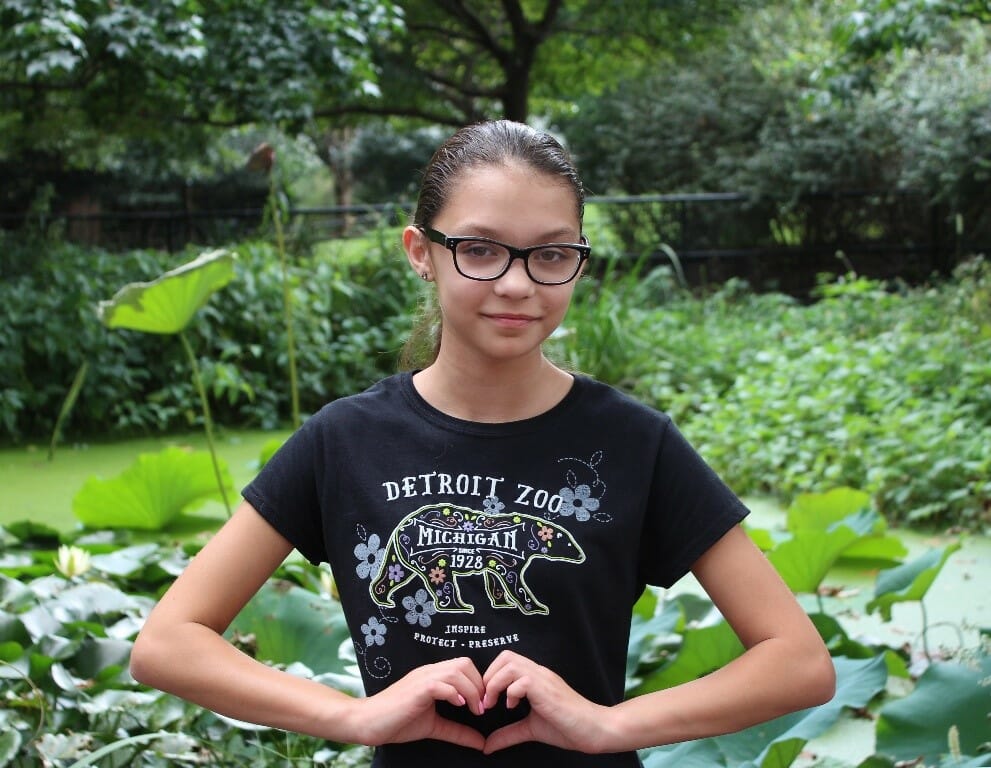 As animal lovers go, Trinity Favazza isn’t your typical 11-year-old girl. Sure, she loves kittens and puppies – who doesn’t? But if you really want to see her eyes light up, start talking frogs, salamanders and toads.  Trinity is passionate about conservation and preserving and protecting amphibians is at the top of her list.  Curious about these critters since she was a little girl – her dad raises them, and her house is a safe place for wounded and displaced frogs – Trinity is often out exploring the ponds and lake shore near her home about 30 miles north of Detroit. A winning essay on conservation earned her the title of Mayor of Amphibiville for the Detroit Zoo, she passed a test to become a certified FrogWatch USA contributing field-data collector and she even contributes to Froglog Magazine. Now 11, Trinity received the 2018 President’s Environmental Youth Award for raising awareness for Michigan amphibian conservation. What does she love so much about amphibians?  “They are beautiful and interesting. I have a blue dart frog at home named Hopper – he’s my favorite. They may be small, but amphibians matter and deserve environmental kindness like every other creature.”

Trinity is committed to making a difference in her community and she is today’s Daily Point of Light Award honorees. Points of Light spoke with her about her commitment to service. 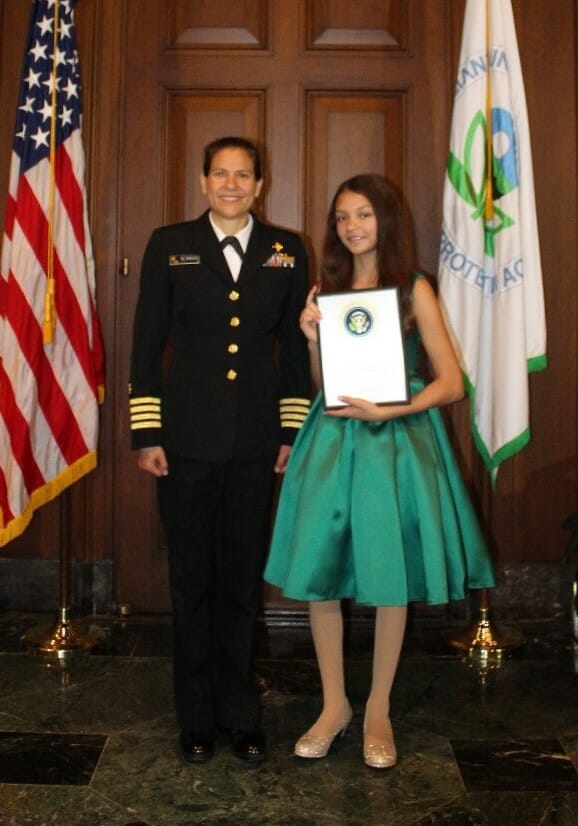 Ever since I was little, I’ve loved amphibians.  My dad does too, so I learned from him to be aware of protecting this species and being a good environmental steward. Every creature matters on this earth.

I’m the youngest certified member for FrogWatch USA, and I’ve worked with them to raise awareness of amphibians and lobby against Senate Bill 316, which would repeal the ban on frog spearing.  In 2016, when I was nine, I won the Detroit Zoo’s bi-annual essay contest on Amphibian and became the Detroit Zoo’s first-female amphibian ambassador and mayor of Amphibiville! I won the contest again and am now in my second term, educating my classmates about amphibian conservation, promoting Earth Day, bringing frog-themed cupcakes to Shelby Police Department and helping to clean up local wetlands. I also created a painted Amphibian Rocks Campaign, which is a great way to illustrate all the different kinds of amphibians in the world.  I’ve also done a PSA for the zoo and been on some radio and TV programs.

I really enjoy seeing our local wetlands get cleaner. And I was so excited to win the EPA Award and go to Washington DC for the first time last year, helping to bring amphibian conservation into the national spotlight in 2018. 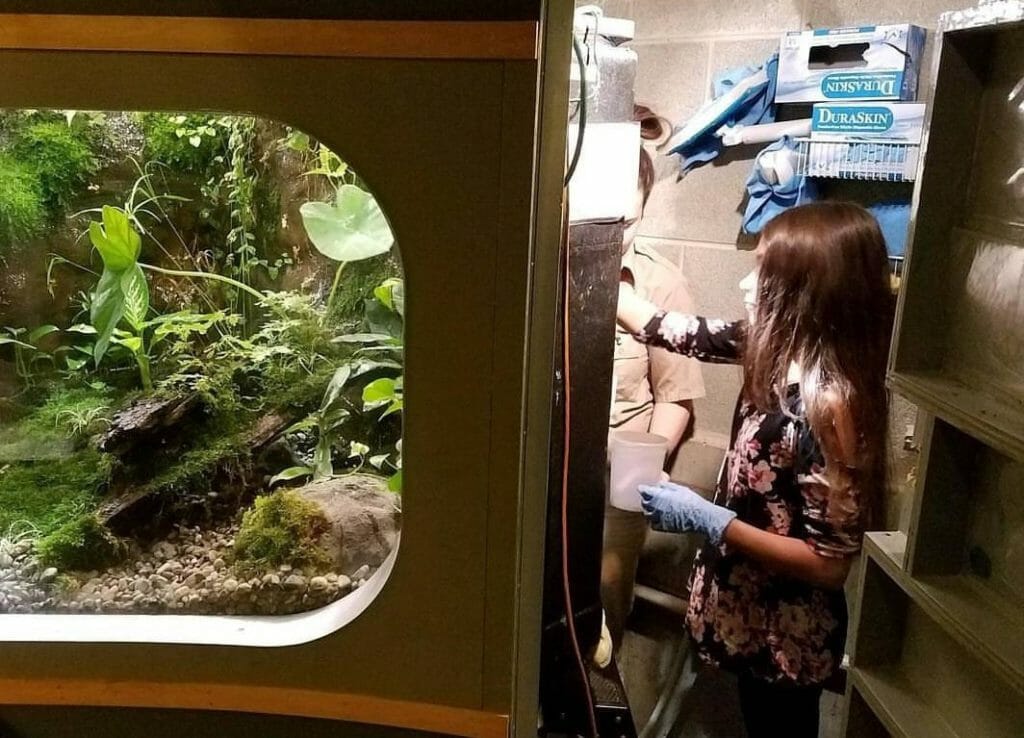 I’ve learned all about different kinds of amphibians and how to help them. I’ve learned they are the most endangered species and also that they are an indicator species. That means that amphibians, which includes frogs, toads and salamanders, are sensitive to environmental change and when they are present it is an indicator about ecosystem health of streams and forests.

I was so excited that our governor Rick Snyder adopted a proclamation I proposed to declare December 1-7 Amphibian Conservation Week, which happened for the first time in 2018 and will now always be celebrated. I’m also excited to be a guest contributor for Frog Log magazine.

Because amphibians are a living animal and matter just as me and you.

I wish for people to realize the importance of taking care of our environment and the animals within it.

Do you want to make a difference in your community like Trinity? Visit All for Good for local volunteer opportunities.