Meet Daily Point of Light Award honoree Ani Hudgens. Read her story and nominate an outstanding volunteer or organization as a Point of Light. 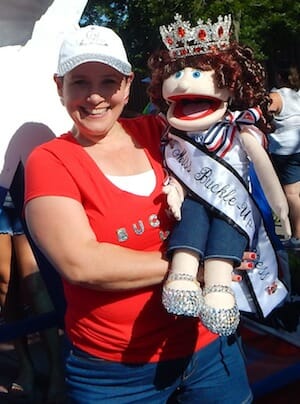 A distracted driver changed Ani Hudgens’ life in an instant.

Five years ago, she was well into her career in corporate human resources, had two grown children and a tiny grandson, and had just met a new man, Chris. She ran triathlons and half marathons.

But one day while driving to work another driver veered into her lane and clipped her car, causing it to spin out of control and become airborne.

Thanks to her seatbelt, Hudgens, now 47, wasn't ejected from the vehicle. But she lost a substantial percentage of her hearing, suffered seizures and heart attacks, and struggled with limited mobility for three years.

Worst of all, her zest for life disappeared.

“I was in such a serious funk and I told Chris, `I need me back,’” she recalls. “He said, ‘You have a great story and a voice, sometimes a very loud one, to tell it with. Go do something about it!’”

Hudgens found her calling when she was back on the road and noticed a woman weaving while talking on her cell phone.

“Her little boy was in the back, in a car seat, but he wasn’t strapped in,” Hudgens says. “I was livid. Parents know what they’re supposed to do, but they don’t always do it. I thought if I could reach their children instead, they could become their conscience and I could make a real difference.” 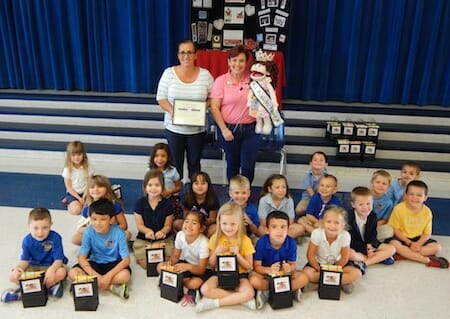 Ani Hudgens (in pink) and her puppet, Becky Buckle-Up, after a presentation to children about passenger safety

Hudgens, of Riverview, Florida, had always had a creative streak and while recuperating in bed had enjoyed watching her favorite characters romp through Muppets movies. Now, she thought, was a chance to bring her two interests together.

“Way before I got derailed in the corporate world, my goal was to be a special education teacher,” she says. “And as an adult, I had really enjoyed volunteering for organizations like the Special Olympics. I thought it was time to get back out into those communities.”

She wrote a few songs and stories about the importance of wearing a seat belt and created a puppet, Becky Buckle-Up, to be their voice.

“I had Becky custom made for me,” she says. “I kind of wanted a mini-me, my alter ego. Every little girl wants to be a princess, so she’s that. She’s very glitzy, I hot-glued rhinestones on her shoes. She’s sassy but sweet.”

Next, she developed a program for middle and high school students. These days, she brings Becky to churches, community centers and safety expos.

Hudgens has left behind more than 10,000 bags, each filled with a coloring book, crayons and a booklet detailing car safety tips.

For now, she and Chris – now her husband – are funding everything themselves, although she often receives in-kind donations and services and is looking to set up a nonprofit.

Hudgens is talking with a publisher about creating a children’s safety book series, and she’s working on new puppets – Henry Harness, who is disabled, and Sofia Seatbelt, who will speak and sing in Spanish.

“My accident was a blessing in disguise,” she says. “What started as a little idea has just exploded.”